Appear in a BBC series

Do you know someone in Grassroots football who deserves to be recognised and rewarded. Maybe it’s you? The BBC are casting for a new series of My Big Week. Each of the six episodes will follow a different individual through one life-changing week.

The BBC are looking to hear from the big characters of the grassroots football world – the soccer mums, local coaching heroes, the kit man and of course the players themselves – who have a big week coming up. Perhaps it’s a summer tournament, starting for a new team next season or there’s something happening on the family side of the football community – they are keen to hear from anyone interested.

They are casting now and filming the episodes across the summer and into the autumn.

Anyone interested can drop them an email at mybigweek@bbc.co.uk or call 07834 624 111 and leave a message. Getting in touch doesn’t mean you’re obligated to take part, and all enquiries are treated confidentially.

There are some more details here on the BBC Take Part page: http://www.bbc.co.uk/showsandtours/takepart/my_big_week 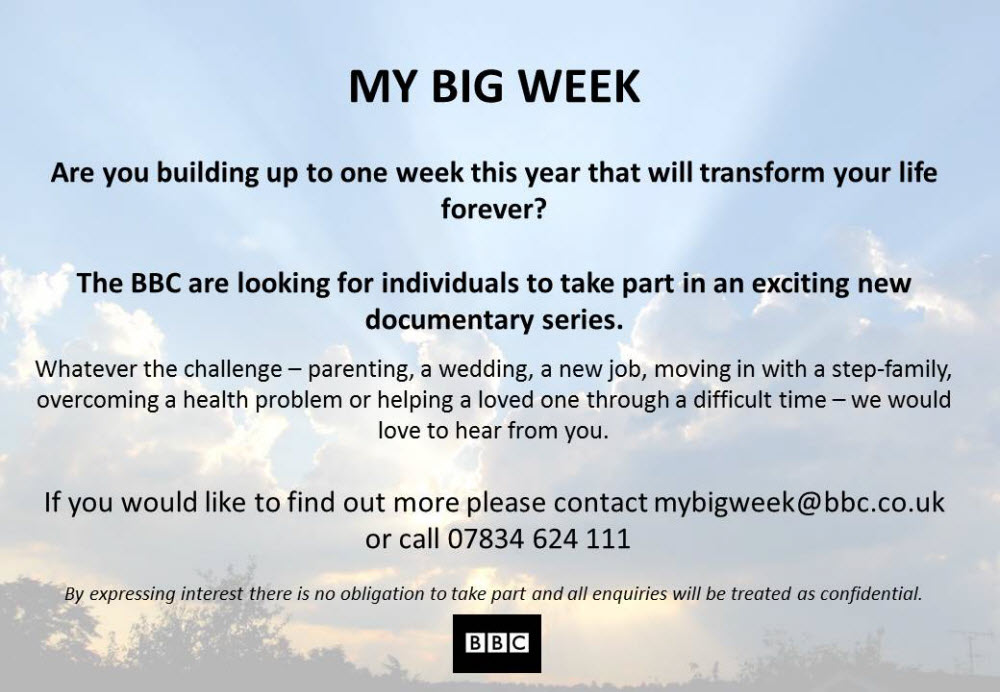