A very different and intense small sided game, with lots of attacking, defending and reacting as a team to winning and losing the ball. There are two pitches in this game, next to each other with diagonal goals on the pitch. The teams have to defend on one pitch and attack on the other. Watch the video to understand the structure and progression of the session 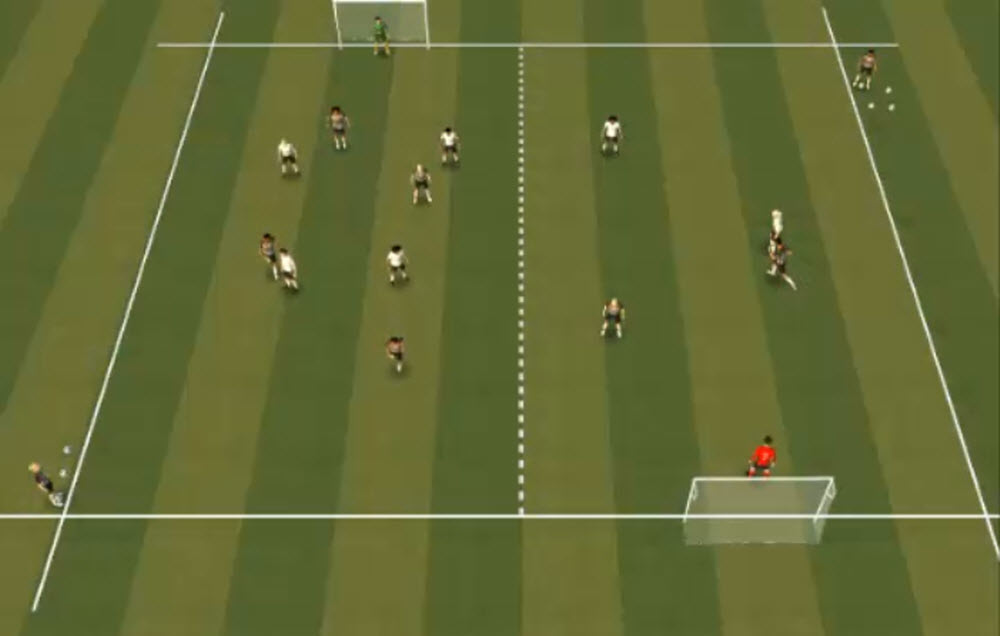 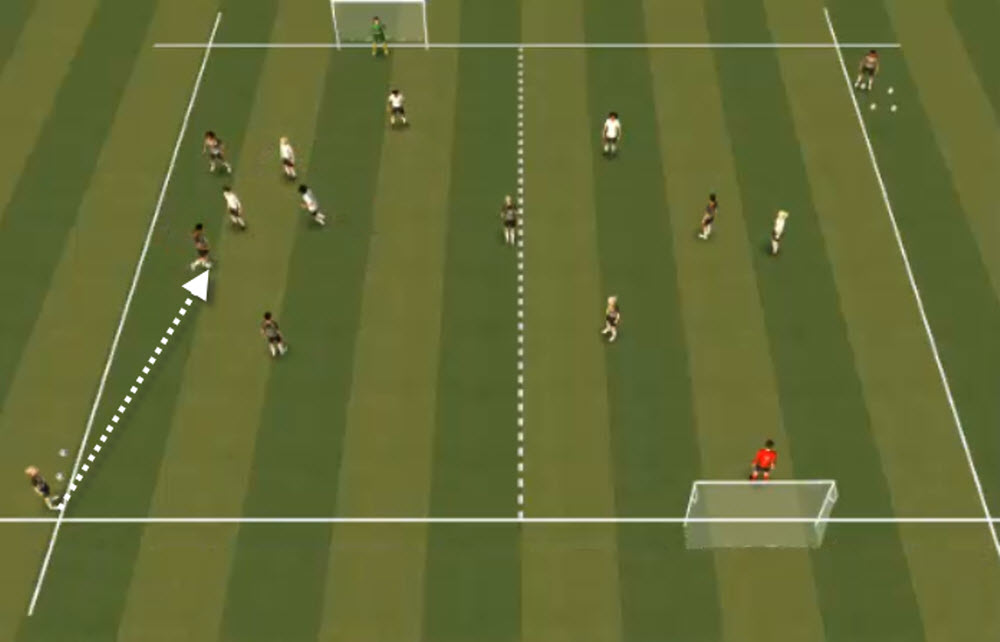 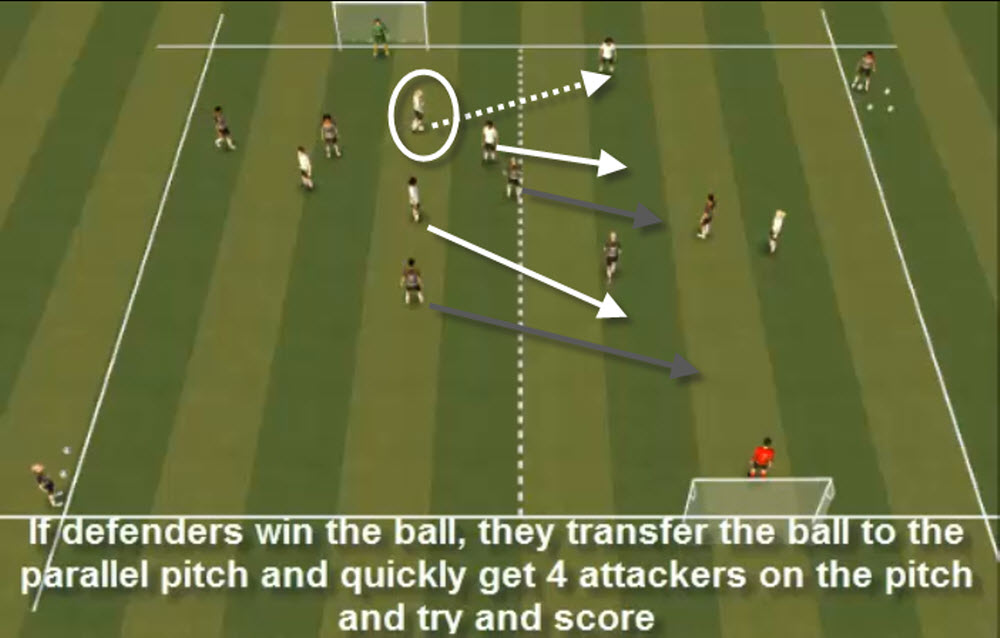 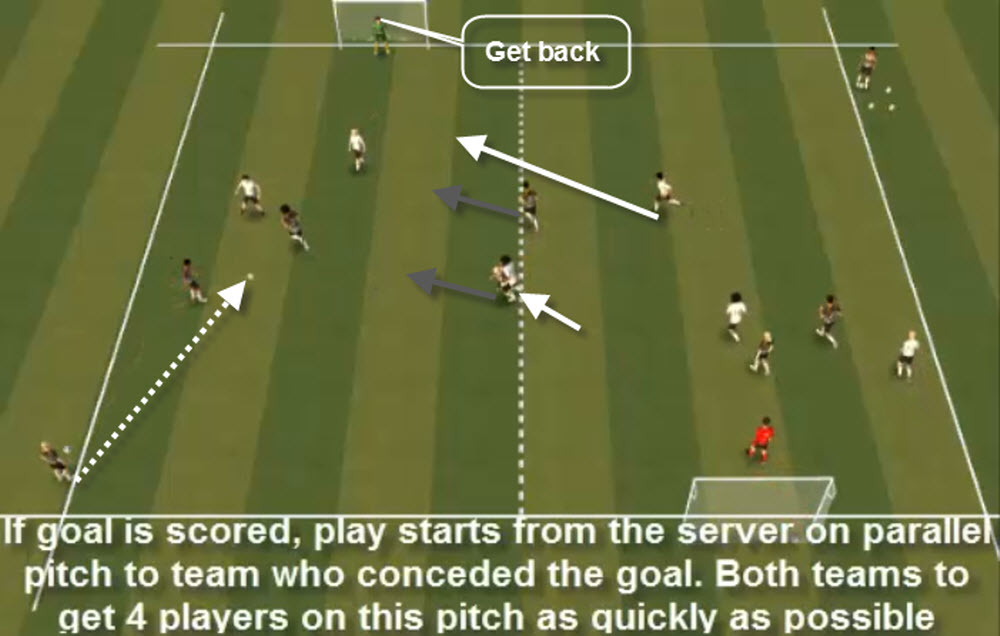