The battle of Bramall lane

The Battle of Bramall Lane is the informal name given to an English First Division football match between Sheffield United and West Bromwich Albion at United’s Bramall Lane ground on 16 March 2002. The match was unusual in that it was abandoned because Sheffield United had only six players left on the pitch.

With eight league matches of the 2001–02 season remaining,  Albion lay in third place in the First Division on 67 points, 11 points behind rivals Wolverhampton Wanderers, who occupied the second automatic promotion spot. United meanwhile were in 15th position on 50 points, safe from relegation but not threatening the playoff places.

After 9 minutes, United’s keeper, Simon Tracey, was sent off for handling the ball outside the penalty area and denying Albion a clear goal scoring opportunity. Sheffield United manager Neil Warnock sent on a new keeper, Wilko de Vogt, taking off Peter Ndlovu. WBA went on to score a first-half goal through Scott Dobie against the 10-man United, and added a second goal in the 62nd minute through Derek McInnes.

The match turned truly ugly in the 65th minute, when Georges Santos, whom United had just brought on seconds earlier, was sent off for a high and poorly timed two-footed lunging, over the top tackle on Andy Johnson. Andy Johnson described the tackle thus: “…I recall Derek McInnes rolling me a pass with flashing red lights over it. It wasn’t Del’s best pass and Georges just went through me.” It seemed an act of revenge, because when Johnson was playing for Nottingham Forest the previous season, he had fractured Santos’ cheekbone and seriously damaged his eye socket with a swinging elbow. After the tackle, there was a scuffle with virtually all the players involved and handbags at 10 paces, but in this mêlée, another United substitute, Patrick Suffo, was sent off for head-butting Derek McInnes, who needed stitches as a result. This reduced United to eight men, with no more substitutions left. 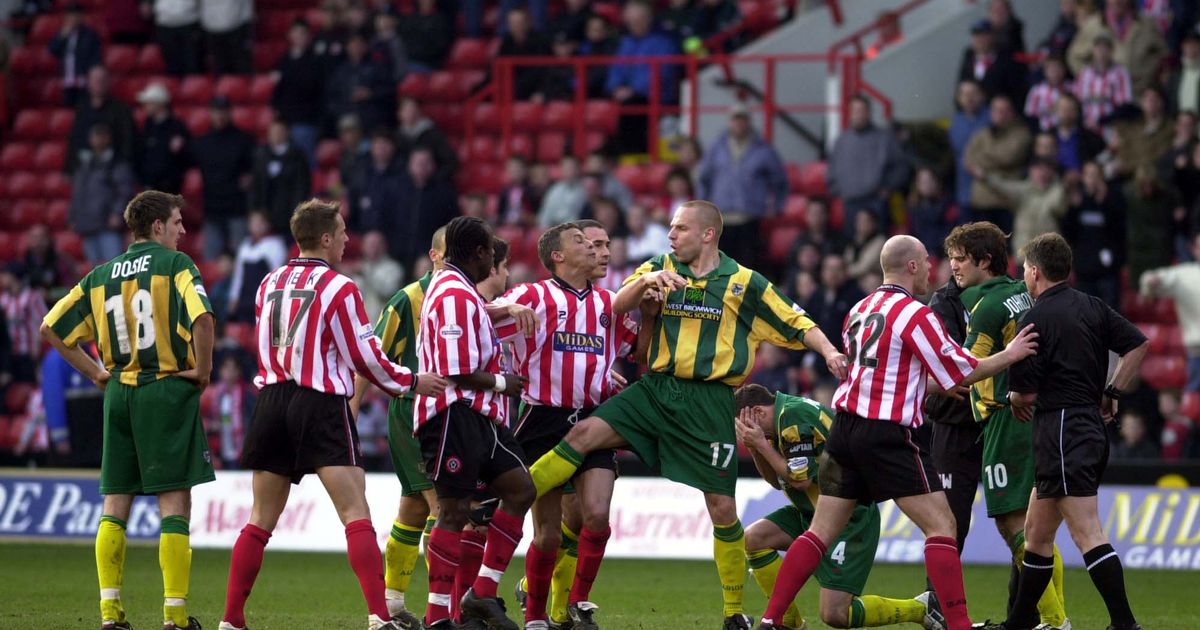 Soon after, United captain Keith Curle was fortunate to avoid a sending off after throwing a series of  punches at McInnes.

In the 77th minute, WBA added a third goal, Scott Dobie tapping in from close range. Two minutes later, Michael Brown limped off for United, and Robert Ullathorne went off injured in the 82nd minute, reducing them to six men. The referee, Eddie Wolstenholme, then abandoned the game with West Brom leading 3–0. The referee would have been aware of the IFA board guideline to law 3 which states “the minimum number of players in a team is left to the discretion of member associations. The Board is of the opinion, however, that a match should not continue if there are fewer than seven players in either team”.

Albion manager Megson stated after the match: “There will be no replay. If we are called back to Bramall Lane we shall kick-off and then walk off the pitch. I’ve been in professional football since 16 and I’m 42 now. I’ve never ever witnessed anything as disgraceful as that. There is no place for that in any game of football, let alone professional football”. 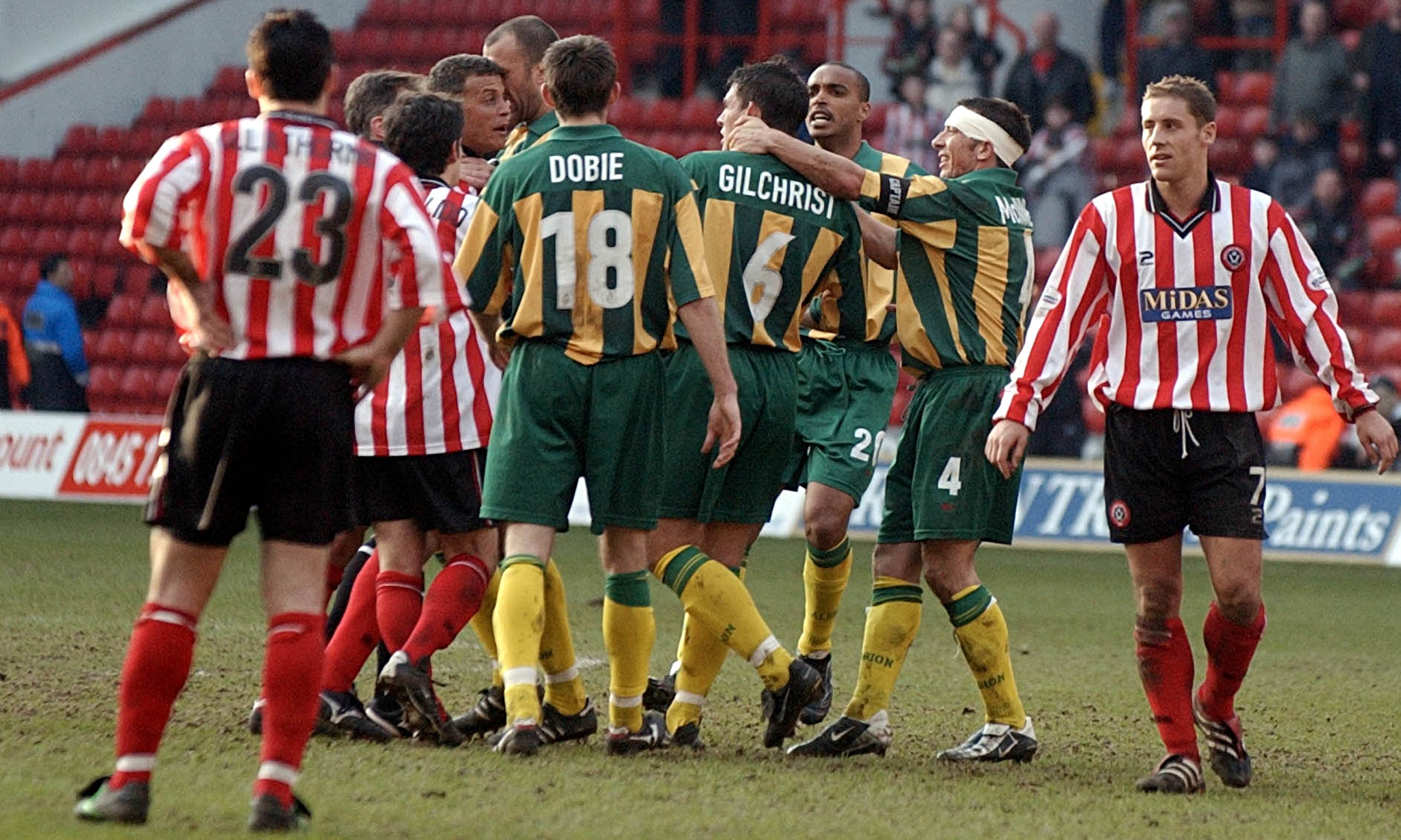