Coach your players to defend as a team

Encourage your team to apply and work on one of the key principles of defending. Once possession is lost, the team quickly look to get behind the ball, get a defensive shape, which is narrow and compact and allows players to adopt positions in relation to where the ball is 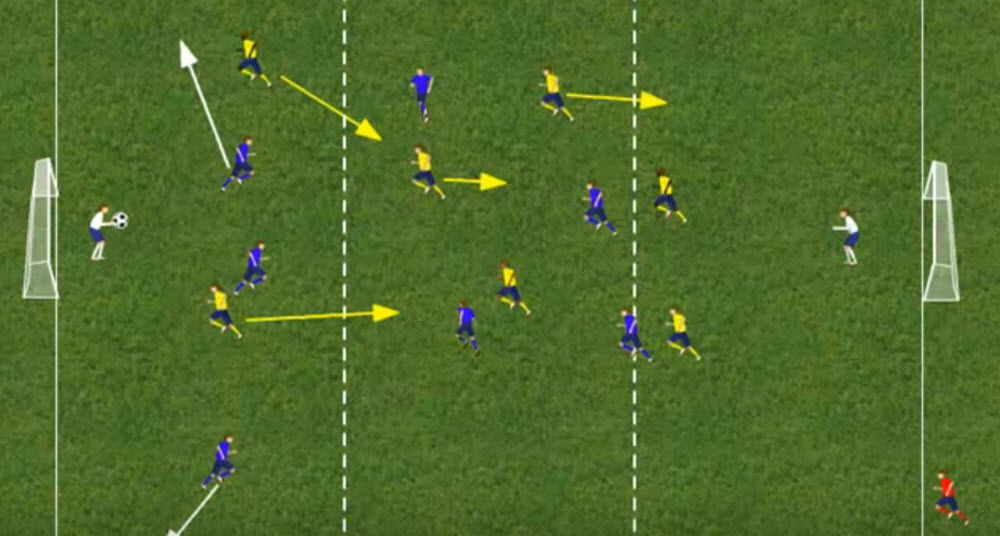 Defending in team play starts from the front. So when the ball is in possession of the opposition defence, coach the strikers, to get them to understand how to react quickly when the ball is lost, to recover behind the ball and to work and defend as a pair. They need to recognise that if the player on the ball had good possession, then there is no point in trying to pressure the ball as they would easily be passed by. Their roles are to try and stop the ball behind passed forward into key attacking areas and to try and force play across the pitch and to keep the ball in front of them. They have to work as a pair communicate and react together as the ball is passed across them. 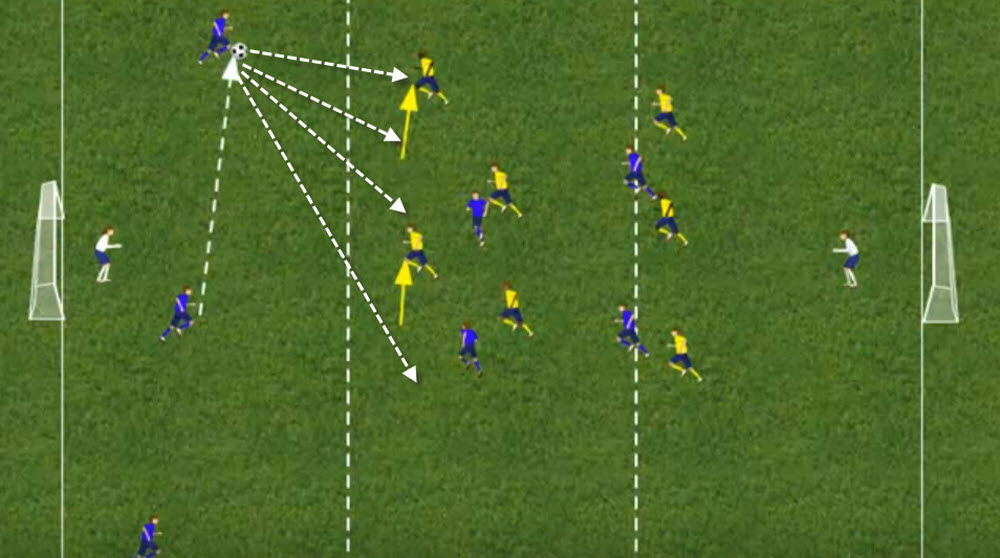 The forwards now have to link with the midfield, so that if any pass went past the forwards, they turned, recovered and applied pressure from the front. 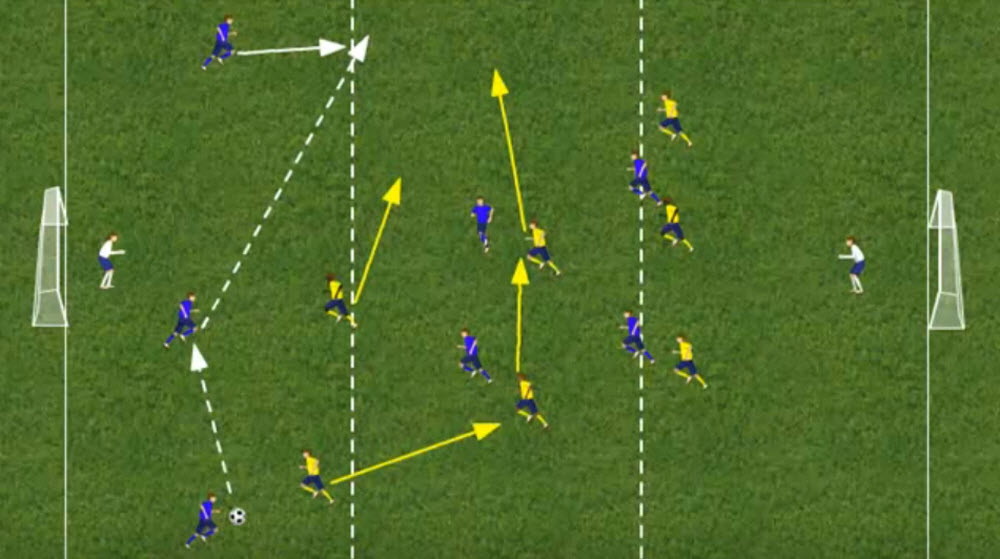 The third unit to coach is the defending unit and the GK. The first thing we looked at was their positions as a unit and individuals in relation to where the ball was and how they reacted and moved as the ball moved. We got them to move and communicate together as a unit and ensure that there were no big gaps between them and that they were in a position goal side of the strikers so that if any ball was passed over the top or past them, they put themselves in a position to win any race and that they kept their shape and discipline. The GK also played a big part of this defensive unit, communicating and positioning themselves in relation to their defenders and the ball.

This was then linked to the midfield, so that whenever the ball was played forward towards the opposition forwards, there was pressure and cover from the defenders and recovery runs from the midfield to track runners and also to get in positions where they are the first to any knockdowns 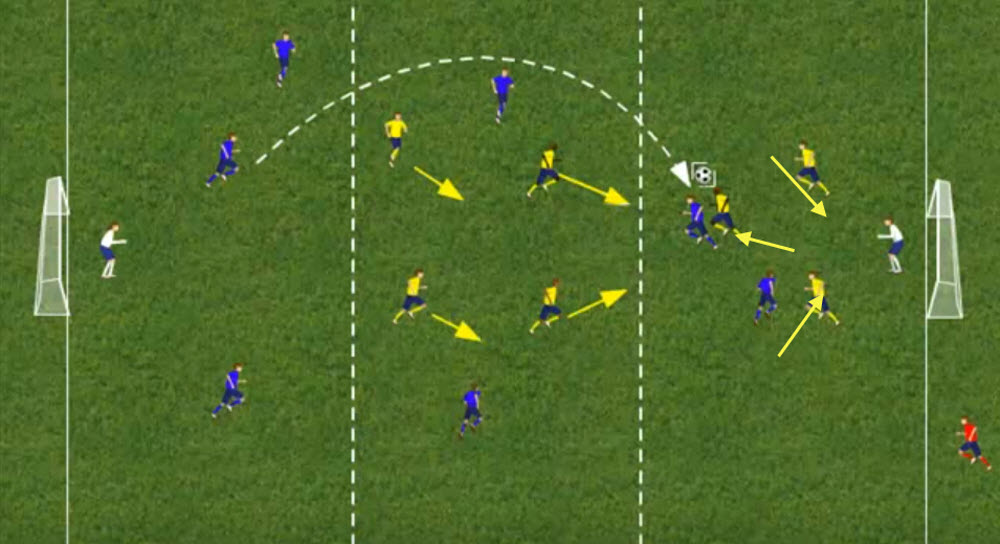 Finally, allow the game to flow and  observe and analyse the game and watch the whole team to see if they were applying and working towards what they had been coached. As the game progresses, also get the team to understand the need to squeeze up and compact play appropriately  as the ball is travelling forwards or sideways and there is NO CHANCE THE BALL CAN BE PLAYED FORWARD. Don’t let them just sit deep all the time. 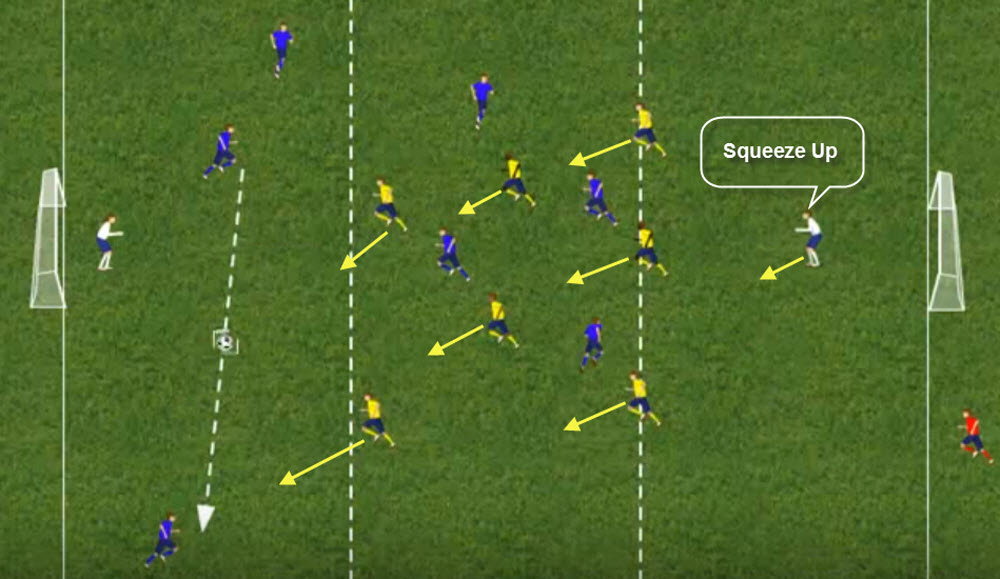