This is a conditioned, fast moving, intense, multi goal game, designed to encourage players to co – operate, organise and communicate to defend. The nature of the game means there will be lots of turnovers and players will have to react quickly, defensively on these transitions. There are a number of progressions. 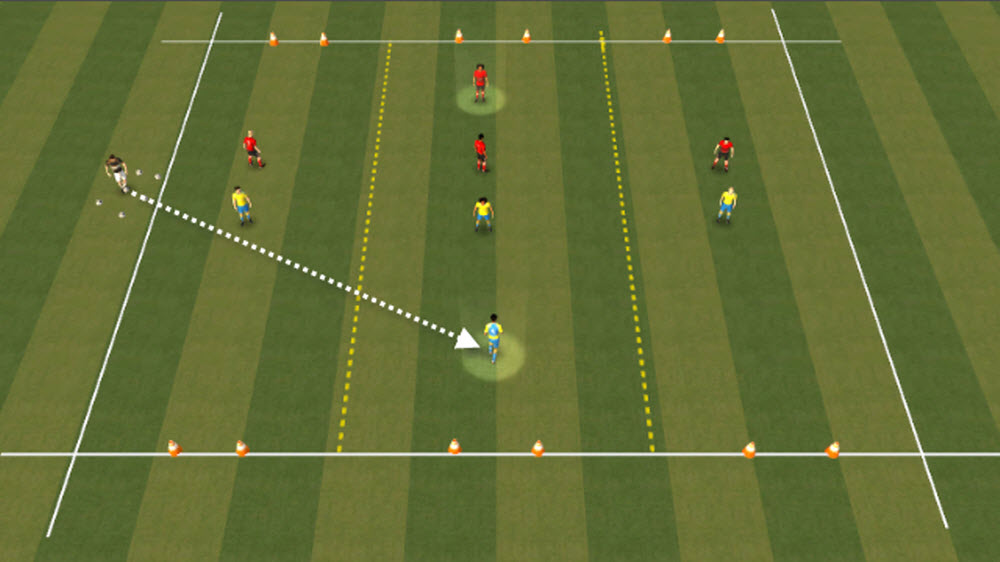 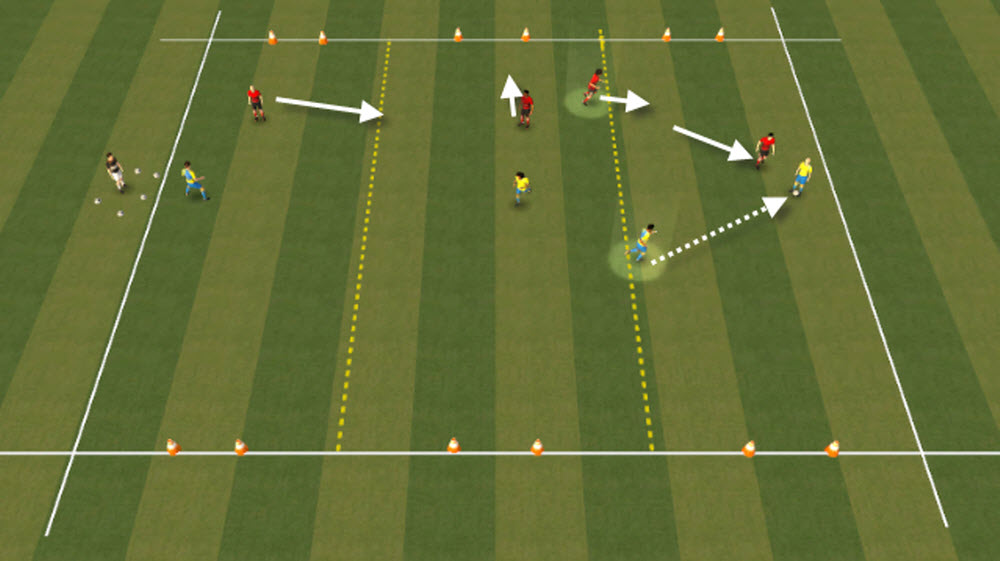 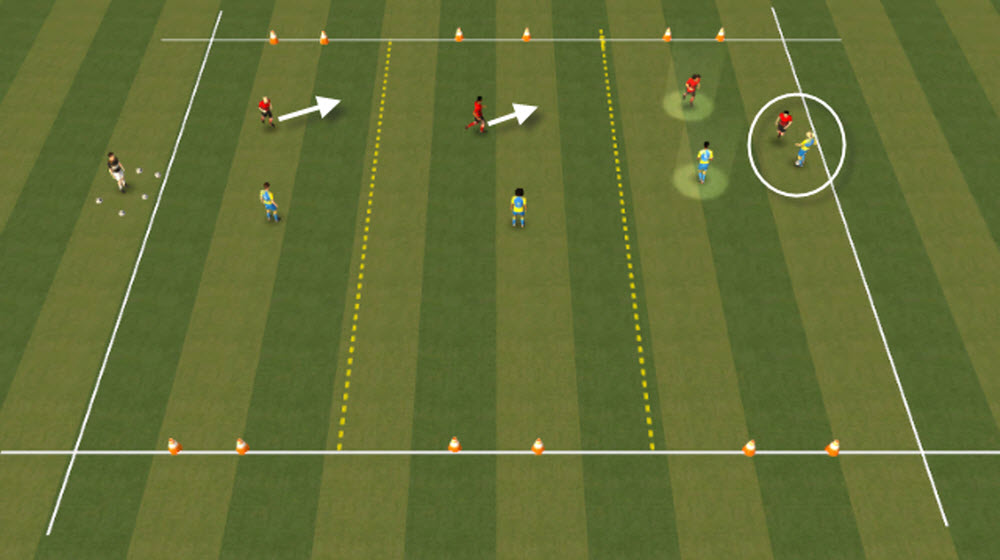 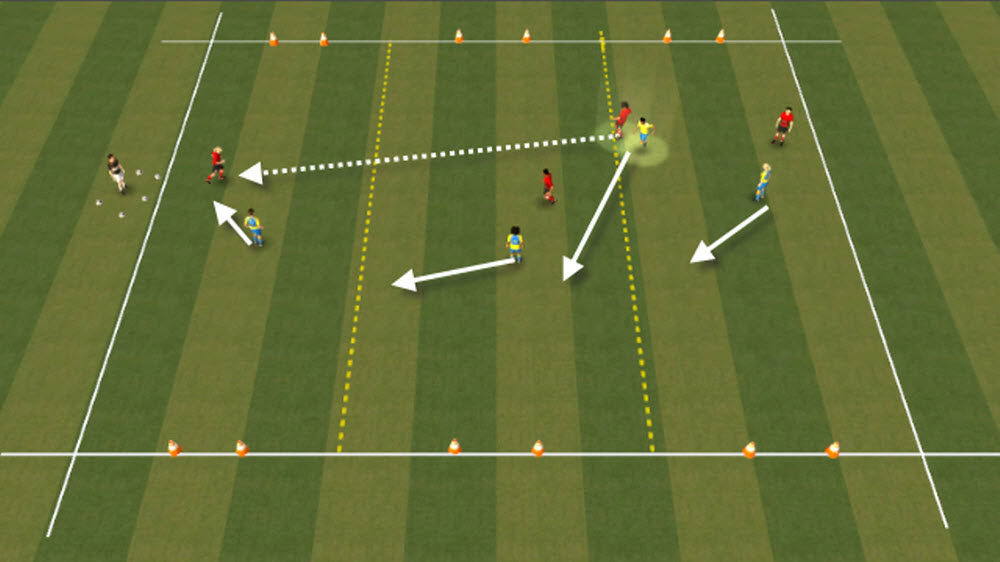