I watch lots of games and have coached at all sorts of levels, from grassroots to professional and the one thing I would say to all coaches, be them beginners or UEFA “A” qualified coaches, is K.I.S.S – Keep It Simple Stupid and this applies to the basic, but key attacking and defending principles of the game. 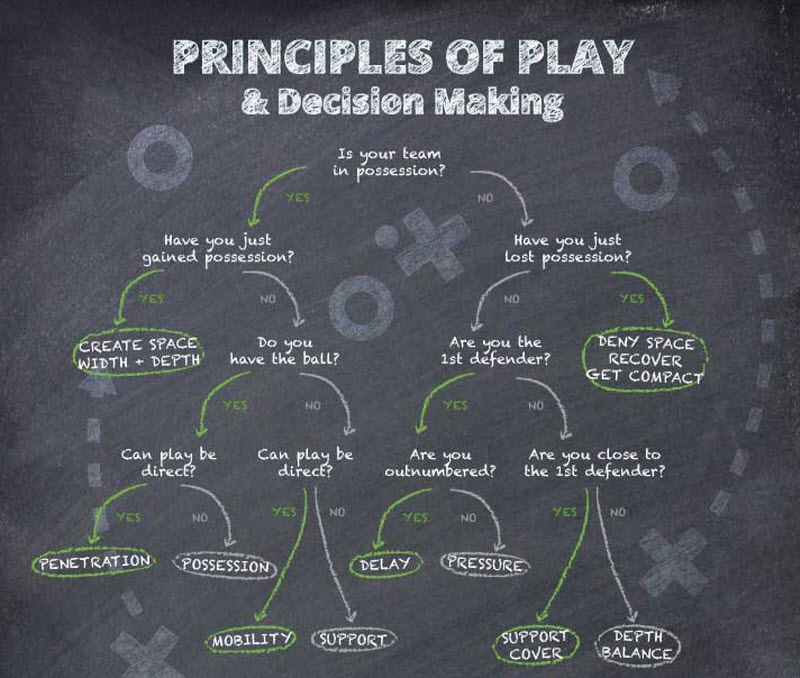 Football Coaching – Out of possession