Improve the key skills of crossing and finishing

Statistically, a single cross has on average a greater goal threat than does a single final third pass. Crosses are a high risk, high reward skill compared to a ground based passing strategy that is low risk, but also low reward for each individual pass.

At lower levels of football, teams often struggle to keep possession and pull opposition defenses around to create  attacking situations. Therefore, as a major part of any attacking policy, when the ball goes wide it is important that crosses are delivered into the area. This must also be accompanied by forwards making timed, positive runs to attack the cross. The near post run is the main run, as this causes the goalkeeper and defenders to react and creates chaos.

Even the best defences struggle to cope with well delivered crosses from good areas and forwards making timed, positive runs to attack the cross. 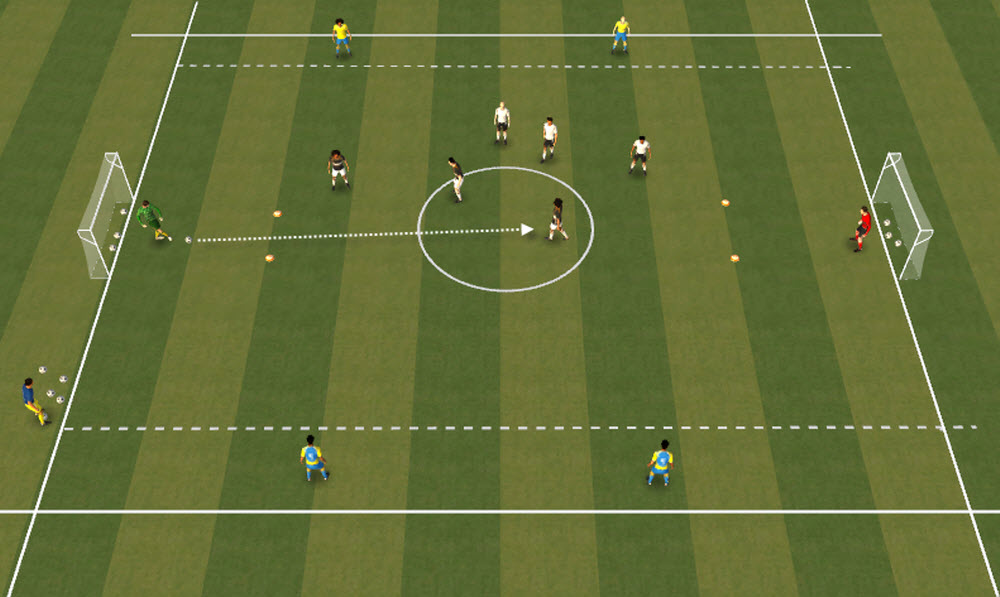 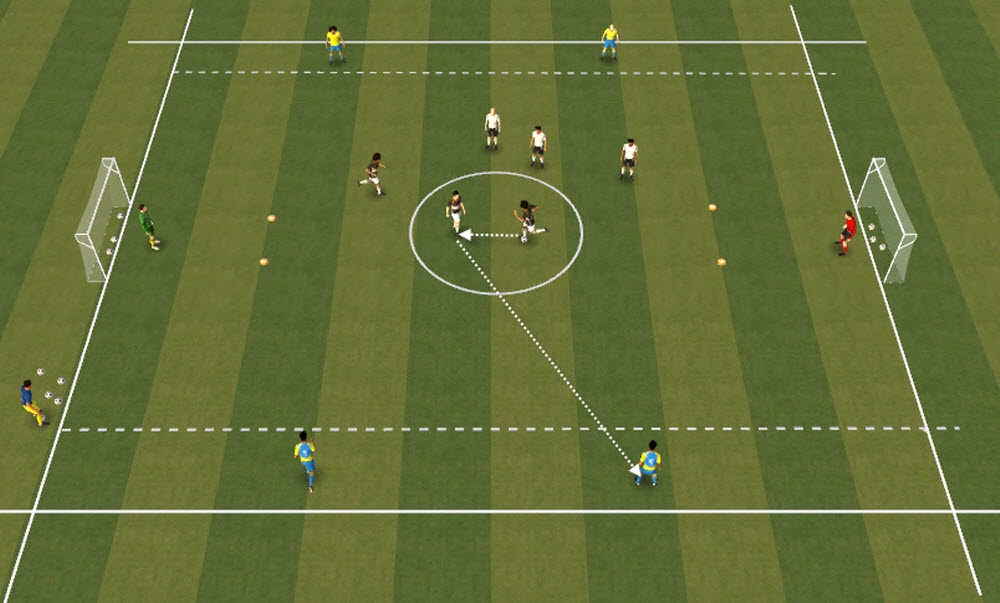 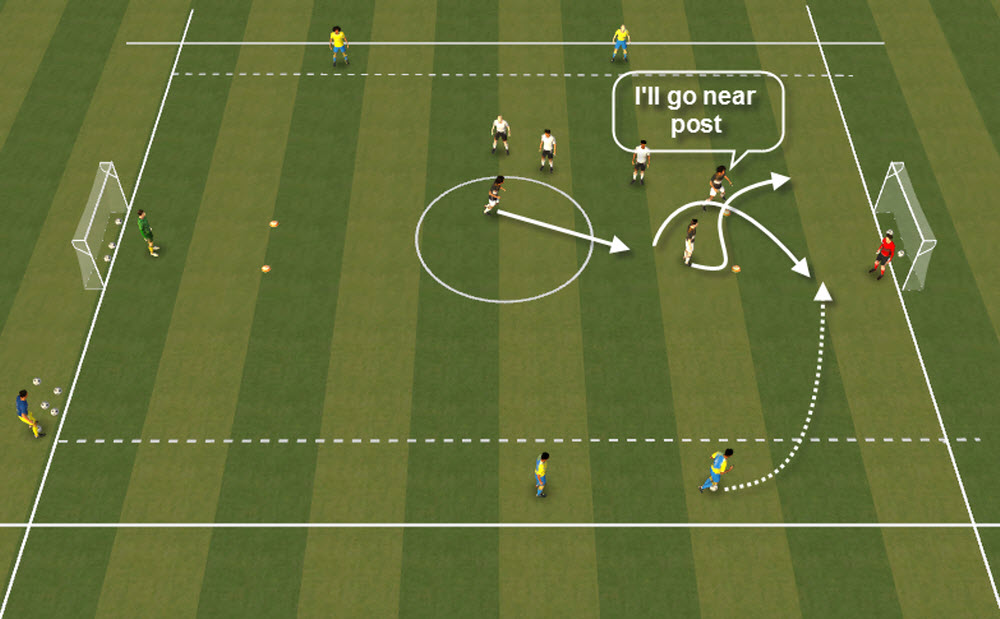 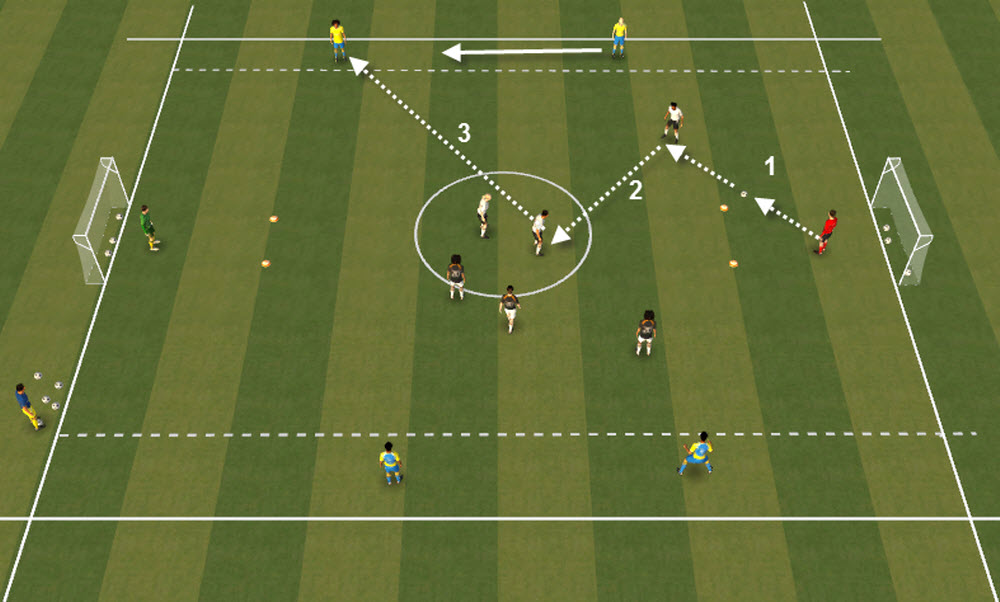 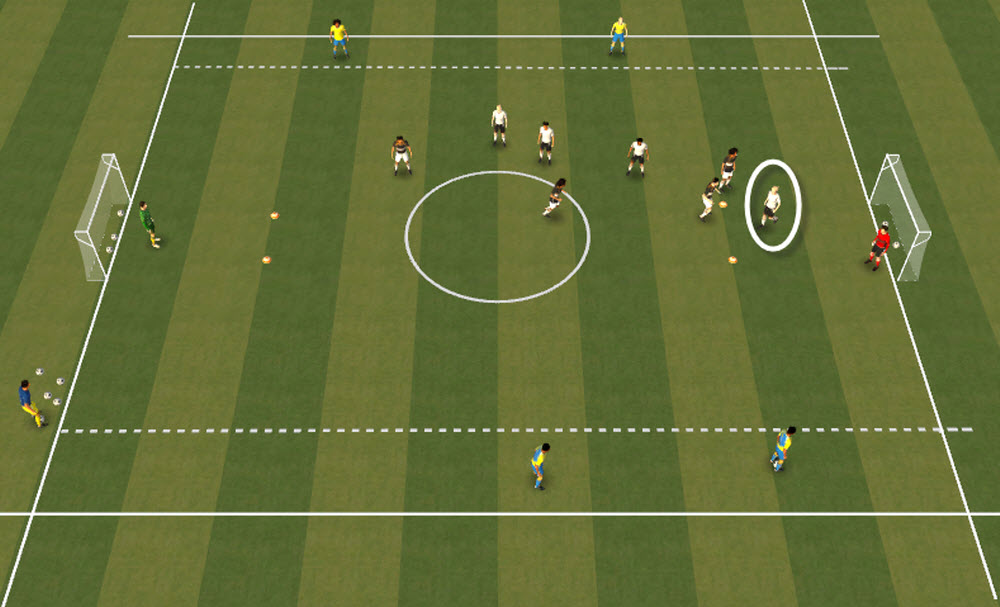 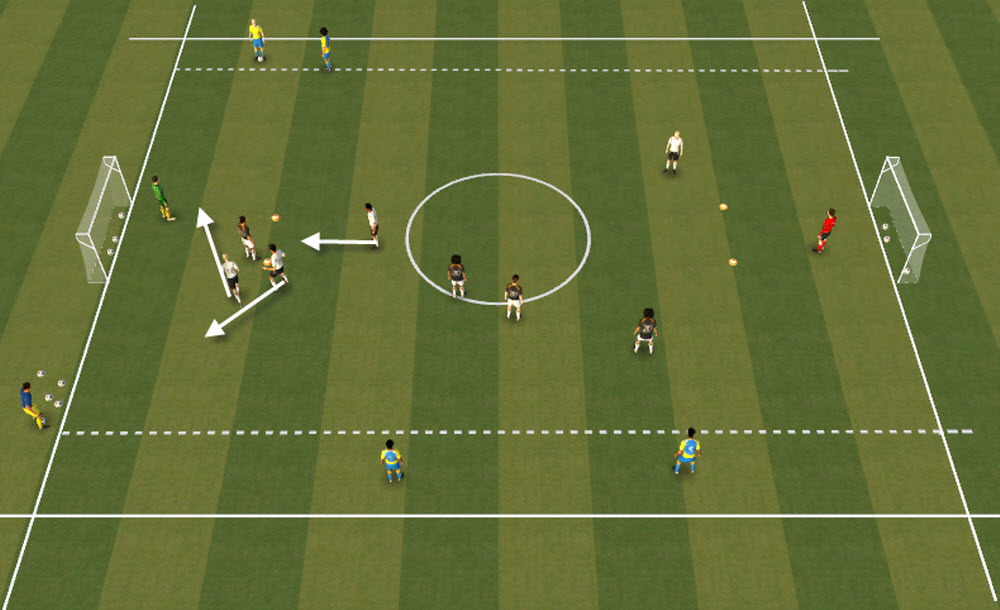