To get your players to become good at Gegenpressing, they have to be given opportunities in training to understand what the triggers to Gegenpress are and why, what and how they should react.

In this training session, we have structured a small sided game of 6 v 6, this of course could be a game with more or less players.

The coach or one of the players plays a very important role in this session. They have to become part of the structured game so that they pass and receive the ball back from one team – the Yellows, like they are a player in the yellow team. After a couple of passes, they then pass to the opposition team.

This is the trigger for the yellow team – who have in a game sense lost possession, to immediately Gegenpress. 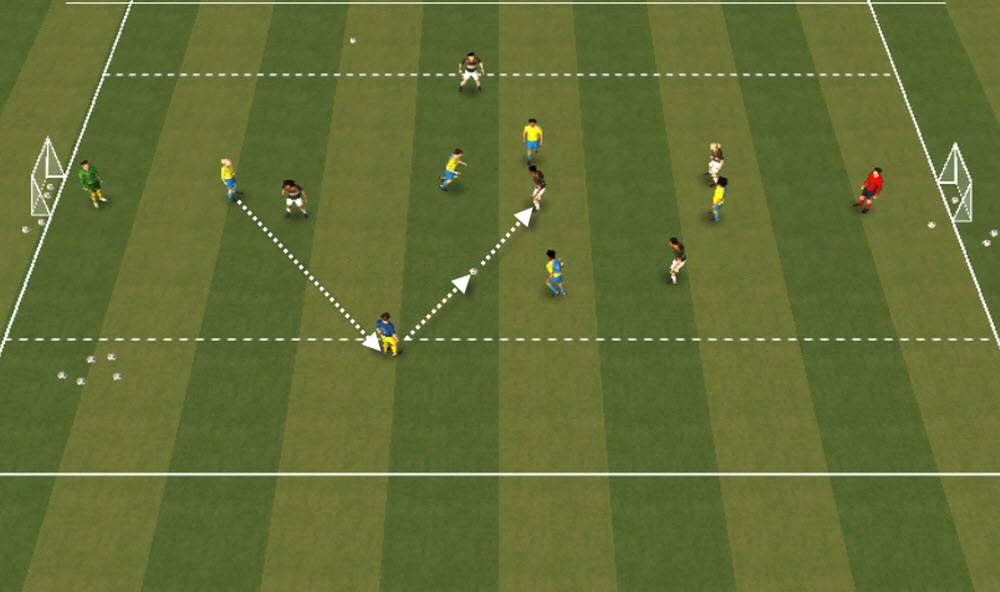 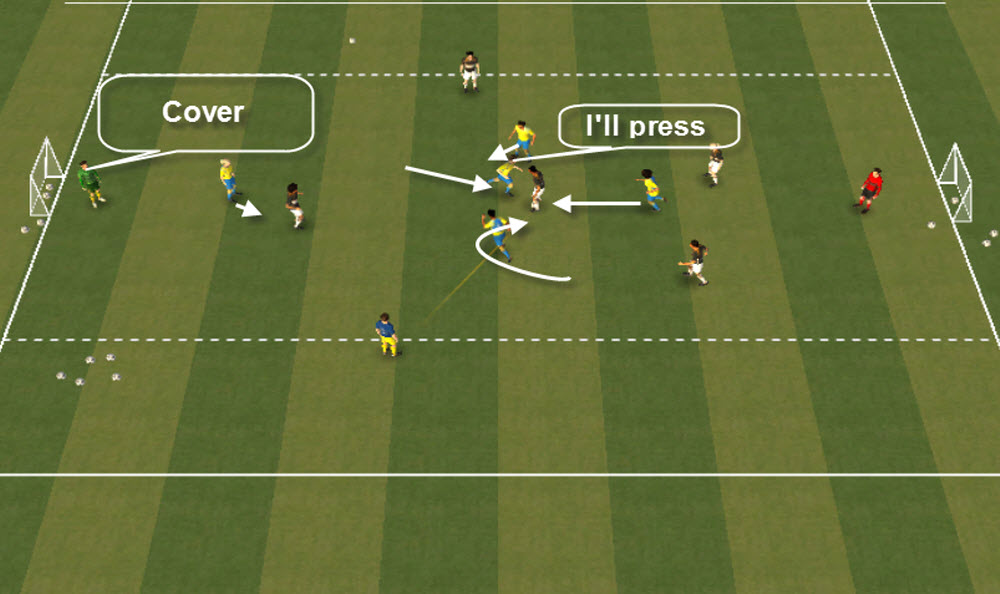 The team that have the ball try and score, the team Gegenpressing (Yellows) try and stop them. If the yellow team win the ball, they can try and score. If the ball goes dead, the coach starts play again and the session is repeated.

Important notes for the coach:

Once the coach is happy that the players know what “Gegenpressing” is and why, how and when they do it, the session can move into a small sided game – see phase 2 which will be published over the next couple of days