Running with the ball is an extremely effective attacking football skill. Defenders hate it. It commits the defenders to have to do something. It gets the attack quickly up the pitch and into dangerous areas and it takes players out of the game and causes havoc.

When coaching running with the ball with grassroots football players, the most important consideration is to coach your players to understand and act upon the triggers that enable them to run quickly and effectively with the ball. 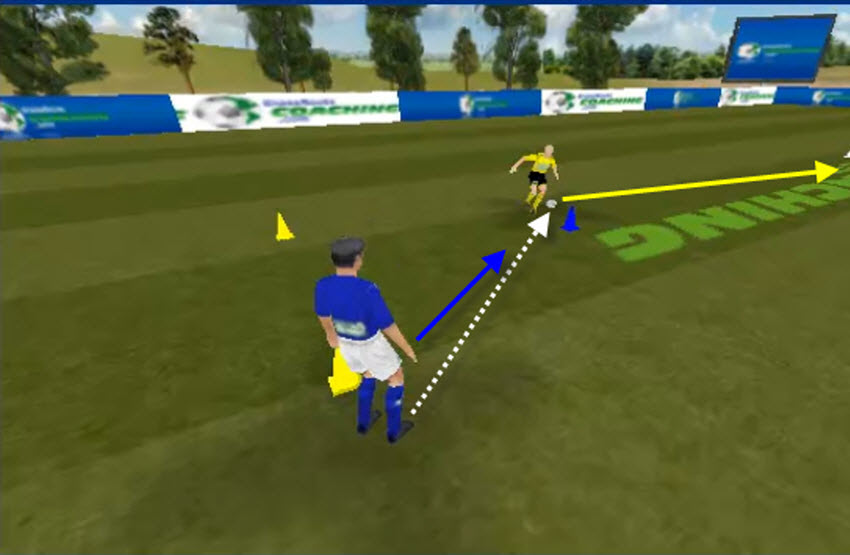 The best players recognise and act on these key 8 triggers.

We have put together this fun run with the ball skill competition that you can organise with your players to help them work on and develop and improve these 8 key triggers. There are also some great game examples of running with the ball.