These, it seems are the boots of the moment. Worn by Raheem Sterling and Alexis Sanchez, amongst a host of other top stars. They certainly have a striking, stand out  look, with a  dynamic fit collar that extends up to the ankle.

The Nike Mercurial Superfly IV, according to a number of reviewers, is one layer of the Flyknit with a uniform thickness throughout the entirety of the boot. No added padding and the same material spread everywhere across your foot brings an amazing touch to your time on the ball! 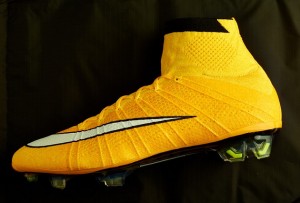 The soleplate on the SuperFly is made of  carbon-fibre. The dual studs in the heel have also been replaced by a four stud set-up. On most type of pitches, be them hard or soggy the studs give you confidence on your feet while providing great traction and grip. But, be aware they are not suitable for artificial astro type surfaces. 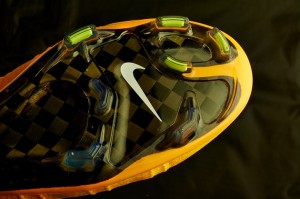 They come in a  blackout version, and the pink, electric green SE/laser orange SuperFly for those that want to be noticed a bit more!

There are reports that the boots need breaking in a bit more than normal and can cause blister problems in the first few wears.

Then there is the cost, which according to the Nike store, come in at around £230 +

So, will these masters of all new technology available to man improve players? Will the Superfly IV, as some reviews suggest give players a noticeable zip to the ball as it flies of a players foot? Will it help improve that vital ball control?

Who knows. But one thing is for sure, if you miss place a pass or the ball bounces of your foot when trying to control it, the boots will definitely get you noticed!! 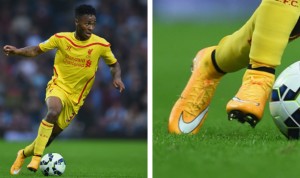