Phase five – Coaching restarts and set pieces. Whenever the ball goes out of play or the game is stopped for a free kick or a corner, both teams can switch off mentally. There can be a pause in the game. So it is vital that football coaches ensure players are aware of this and don’t mentally switch off, but concentrate.

From an attacking point of view, this mental vulnerability can be exploited by taking quick free kicks, quick throw ins, short corners. By reacting quickly to attacking set pieces and taking them quickly, your team may well catch the opposition out and hurt them when they are still trying to get organised and have switched off mentally.

From a defending perspective, players will need to be very much aware of the need to very quickly get into an organised defensive shape, to get balanced and behind the ball, to stop the opposition from taking quick free kicks and throw ins, to slow the play down.

There are also set piece or restart situations, when both teams take their time and look to get players organised and into key positions. Free kicks and corners are two prime examples. 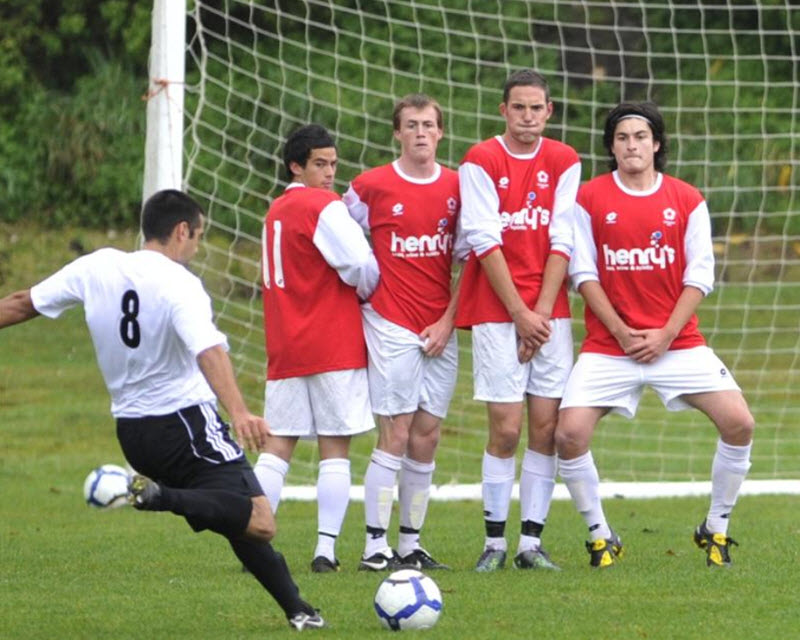 Attacking set pieces, such as corners, live or die by the quality of the delivery. Therefore football coaches should ensure they spend time on planning and organising attacking set pieces: Of prime importance is the delivery of the ball. Players who can strike the ball with accuracy and pace should be selected as the player to deliver the ball. Time should be allowed during football training sessions for these players to practice their delivery technique and they should understand and practice what areas they should look to hit with their delivery.

Time should also be spent organising and coaching players to understand how to time their attacking runs to attack different key areas, to understand that they don’t always have to try and score directly, that sometimes it is easier to deflect or head the ball back into key attacking areas and for other players to react to these “knock downs”.

Defending set pieces is all about organisation. There are different ways of defending set pieces, zonal, man marking or a combination of both. But, coaches should spend time ensuring that players know and understand their defensive responsibilities. If there is a free kick: Who is in the wall, what position are players in the wall, who is blocking the shot, who is marking, what forwards stay up, who comes back. This can’t be left to chance, players need to be organised and know and understand their defensive roles and responsibilities and that comes from football coaching sessions to organise players in these type of defensive set pieces.