When coaching football I am a big fan of simplifying the game as much as possible.

Essentially football matches have six phases of play. If football coaches can recognise these phases and develop football coaching sessions that encourage players to understand their technical requirements and their roles, both as individuals and as a team, then the players, will be able to perform more effectively in games.

Over the next few days we will be posting the six phases on the blog. 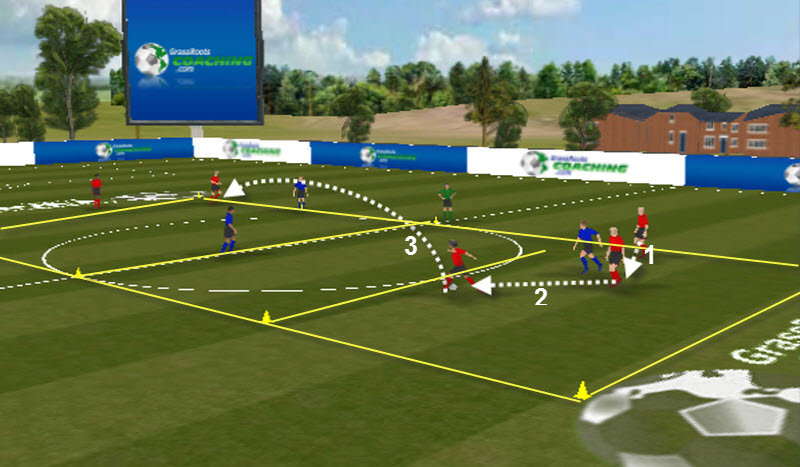 Phase one – When one team have the ball and are attacking, when they are in possession of the ball. Very often the opposition are reasonably organised defensively, have players behind the ball and the team in possession have to work hard to move the ball down the pitch to try and break down the opposition and score a goal. All the players in the team are involved in this attacking process, including the goalkeeper.

To help players understand the requirements needed for this phase, coaches should provide sessions that help players understand how  to create space as individuals and as a team: To pass and move to advance the ball, either over short or longer distances and to pass in different directions to try and disrupt the defensive shape of the opposition and when to pass into space and when to pass to feet: For players to provide support and movement wherever the ball is, both in front and behind the ball: Players to develop specific skills, such as dribbling, turning, heading, running off the ball or running with the ball to advance down the pitch or break down the opposition: How to create and take shooting, heading and finishing opportunities and score goals.