For a brief few seconds, the attacking team will have committed players forward, they will have gambled. Full backs may have pushed forward up the pitch, leaving holes behind them; midfield players will have made runs. The team will not be organised, balanced defensively and will have mentally lost concentration, their mind set will still be in an attacking mode. This presents great attacking opportunities for the team who have gained possession. So, football coaches should look to coach sessions on how players and teams can counter attack quickly, advance the ball forward positively and directly to hurt the opposition where they are weak and vulnerable: To get supporting runners into spaces vacated by the team who have lost possession and develop attacking situations where players can get behind the team who have lost possession and be in on goal with as few passes as possible: Coach to develop and exploit quick attacking overload situations, for example 3 attackers v 2 defenders or attacking 1 v 1 situations in key, advanced areas of the pitch. 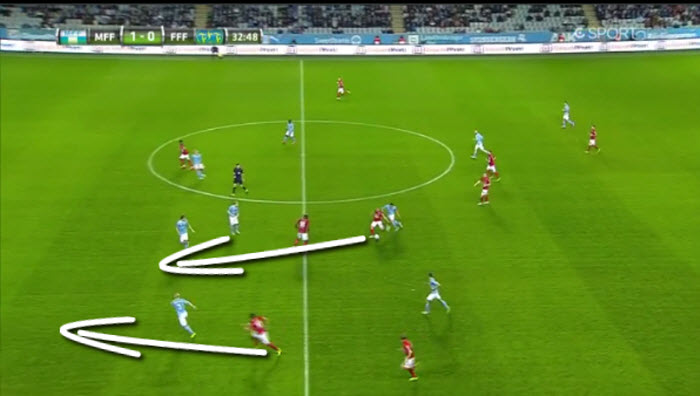 To see a blog on counter attacking – https://www.grassrootscoaching.com/6-effective-counter-attacking-tactics-for-grassroots-football-coaches/