Phase two – If one team has the ball and are attacking, then the other team will need to defend and to try and stop the opposition scoring. 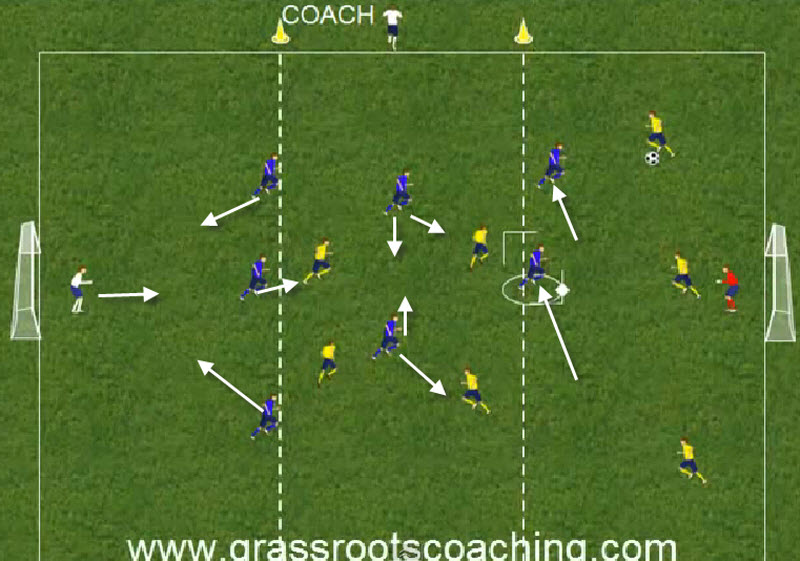 Coaching the defensive requirements will include: Individual and team defensive responsibilities, to get behind the ball, to be organised and to get into a defensive shape as quickly as possible. Put simply, to get as many players behind the ball as quickly as possible and to create a team defensive barrier and to keep the opposition as far away from the goal being defended for as long as possible: For players to recognise when and how to put pressure on the ball and to try and win it back, both as individuals and as a team: For players to provide cover and support for each other, so if one player is beaten, then there are other players covering and helping out defensively: Communication between players and the defensive team all working and moving together as the ball moves.

To see a blog on  how to defend as a team – https://www.grassrootscoaching.com/8-steps-a-football-coach-can-apply-to-improve-their-teams-defending/