A fun, competitive game to improve passing, support, communication and defending skills. A good game to incorporate into a warm up. 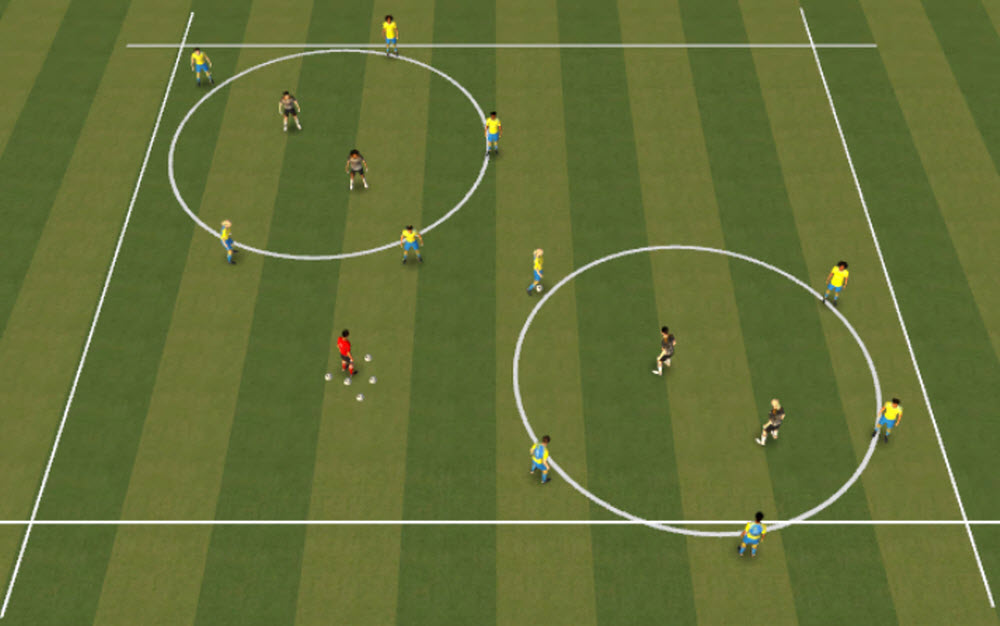 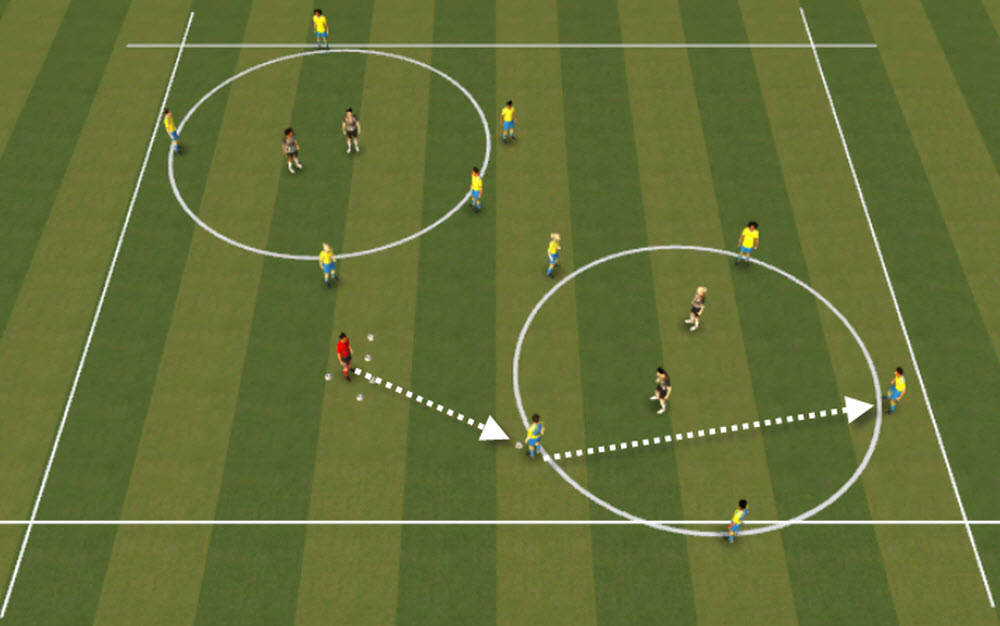 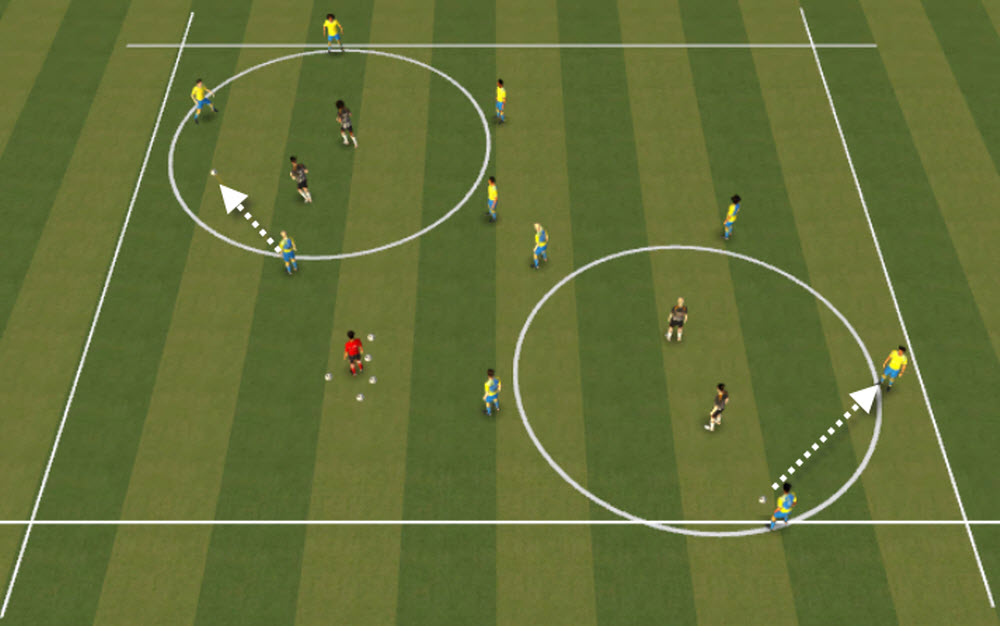 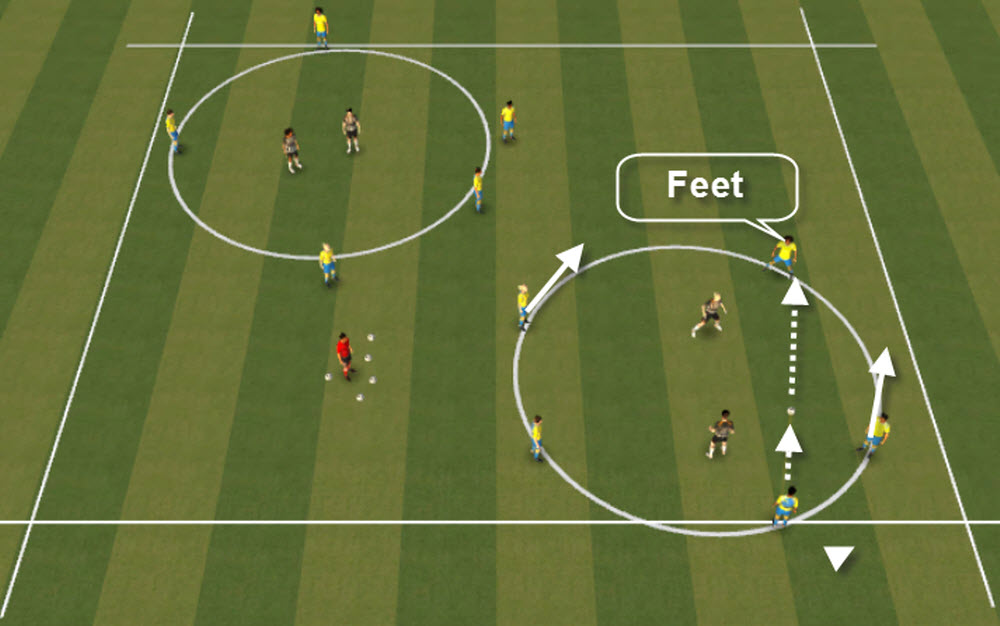