A great football coaching game of quick  passing, support, quick combination and spatial awareness. The players will really have to be on their toes, be alert and be quick and accurate with both their passing and support. 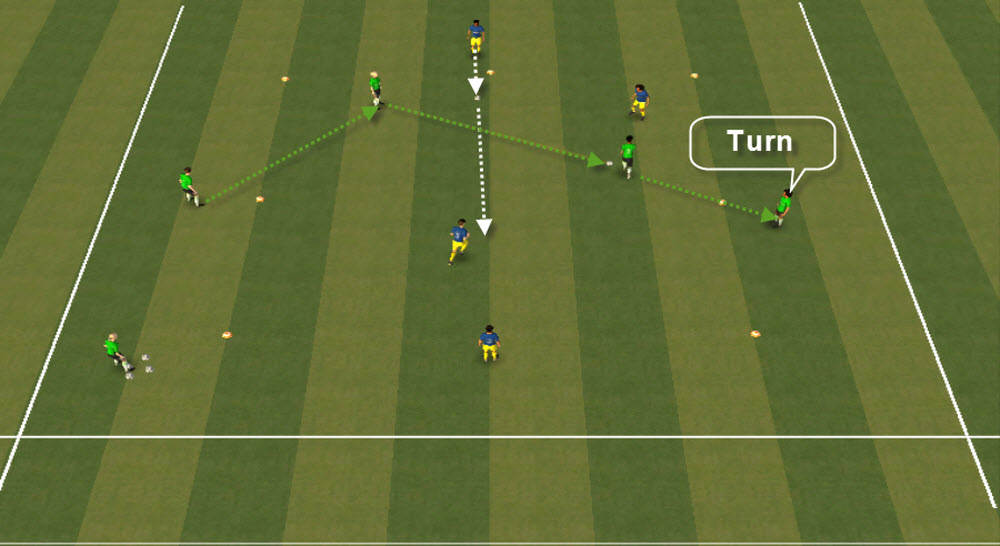 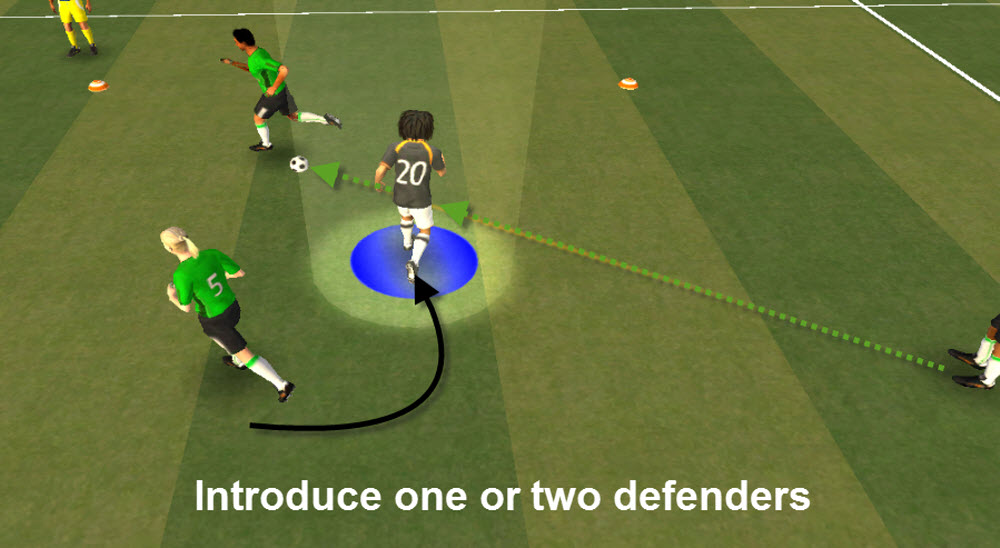 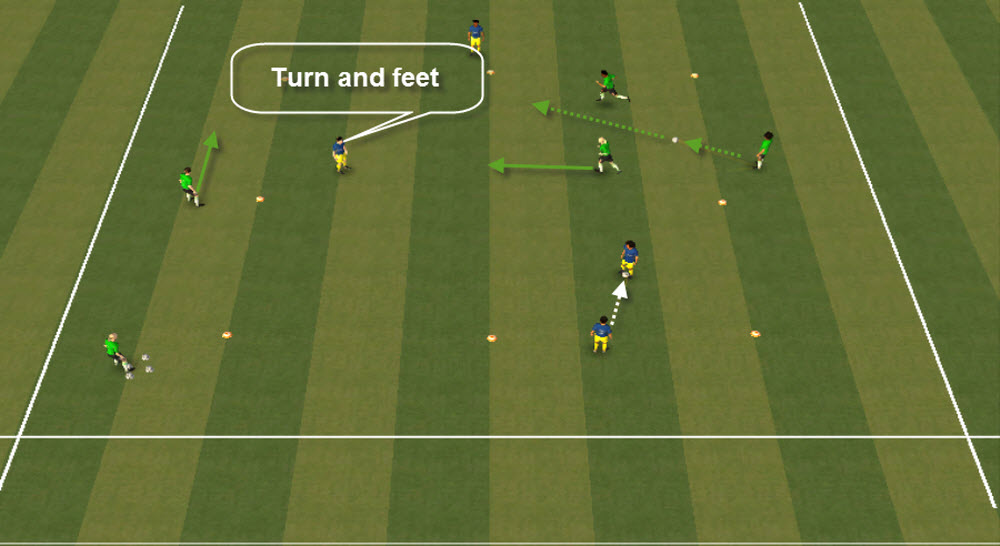