Under Armour might be better known as a sports clothing manufacturer, particularly the under the rugby or football shirt top. Under Armour® started with a simple plan to make a superior T-shirt; a shirt that provided compression and wicked perspiration off your skin rather than absorb it; a shirt that worked with your body to regulate temperature and enhance performance. 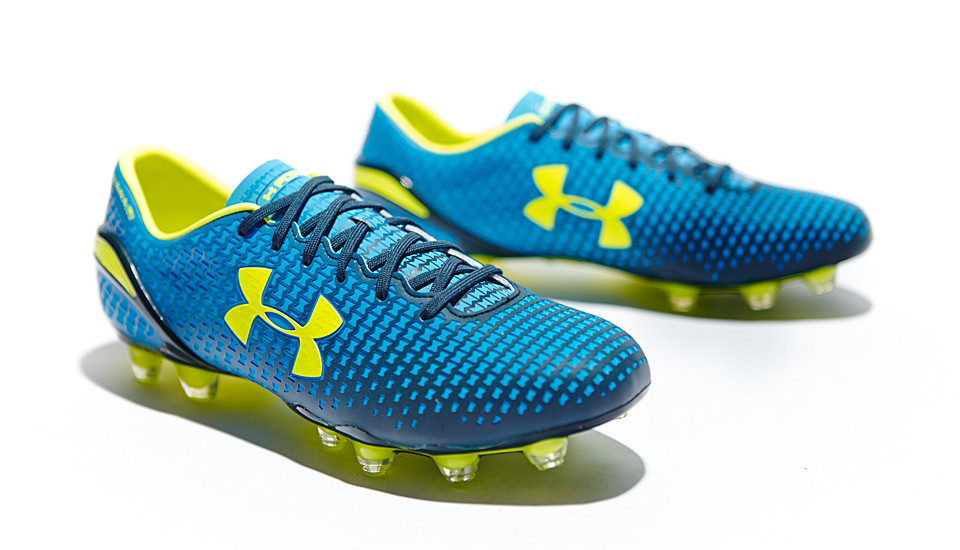 Founded in 1996 by former University of Maryland football player Kevin Plank, Under Armour® is the originator of performance apparel and gear engineered to keep athletes cool, dry and light throughout the course of a game, practice or workout.But since 2009 they have gradually made inroads into the football boots market. So let’s take a look at the new Under Armour ClutchFit Force boots.

Firstly the technical stuff: The boots are very comfortable and a big reason for this is the 4-D Foam foot bed; this superb sock liner is phenomenally comfortable under-foot. The upper part of the boot uses a two-way stretch Trivella micro fibre which creates a high level of give that is evident from the moment you put them on. The comfort factor is further boosted by the smooth, synthetic leather heel liner and tongue. The stud pressure is very good. An external heel counter gives good fit & comfort, with a moulded 4D foot bed reduces the pressure on the feet and increases shock absorption. Meaning the studs are hardly felt and they provide good grip in most weather conditions.

So how much do they cost? There are a number of versions available varying from £39.99 for a moulded stud pair of Speed Force FG Football Boots Electric Blue/Academy/High Viz Yellow to £135 for a studded pair of Under Armour ClutchFit Force Hybrid Soft Ground Boots in electric blue. 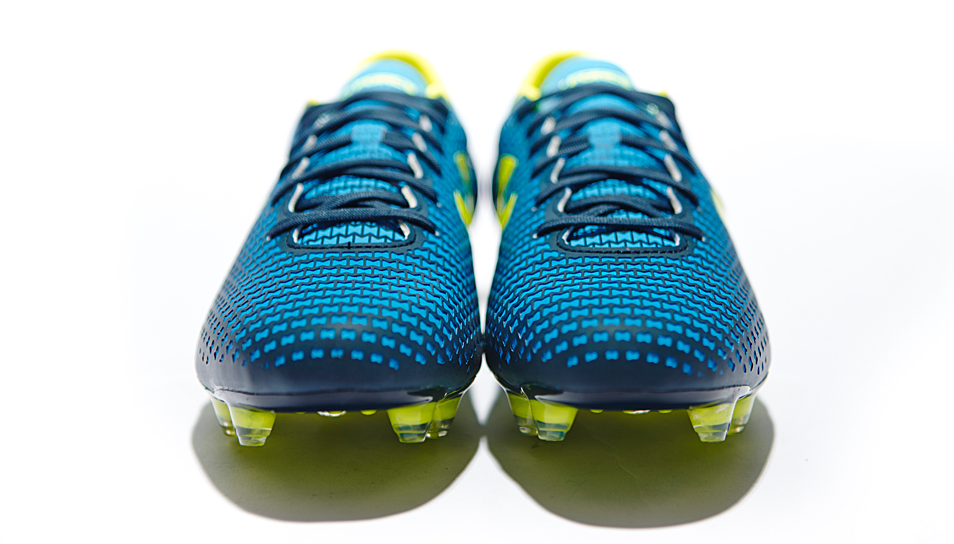 The boots have has some very good reviews, Brandon from a college in the USA says “I’ve worn these boots (the blue ones). My college is sponsored by Under Armour and we got a shipment of them in and all my teammates tried them on. Great boot! Never was an Under Armour fan and have been a Nike fan all my life, yet these stick out a lot in terms of how good a boot is and the color itself. Very comfortable boot and relates similar to the Nike CTR’s. The protection and grip on these boots is second to none. Overall these boots are a really good purchase if you want to get away from the main stream brands i.e.-Nike, adidas, PUMA.

Overall, the new Under Armour ClutchFit Force boot seem to be reasonably priced, come in pretty colours, have all the functions you would want from a football boot and represent a fair stab by Under Armour to break into this very congested and competitive boot market. Is it enough to claim market share from the likes of Nike, Adidas, Puma etc, the jury is out.