The recent Leicester v West Ham game has bought into focus this absurd and ongoing situation where players wrestle each other off the ball at every set piece situation and even in free play when crosses are being delivered into the box. It isn’t just defenders wrestling attackers. It is also attackers, blocking and wrestling defenders. The whole situation is just crazy.

But Alan Shearer was right on Match of the Day, it is no good referees 34 matches into the season deciding they have to do something about it now. There has to be a considered and transparent approach to dealing with this situation.

The laws of the game insist that players are not supposed to make body contact with opponents. Certainly not when the ball is no where near them. 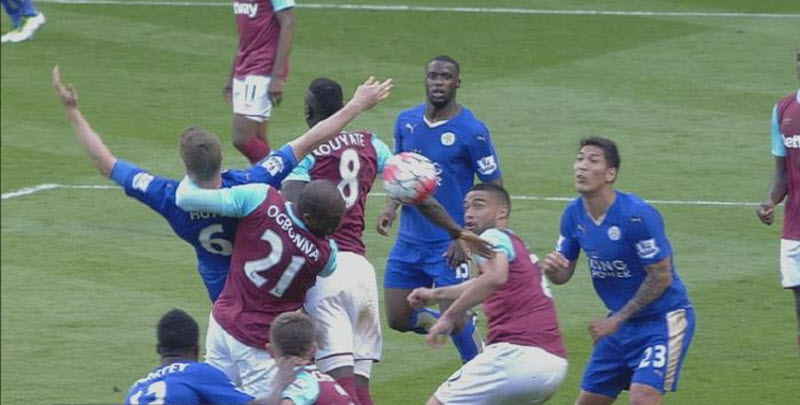 As a player who was coached to mark from crosses and set pieces, by ensuring that I could always see the player I was marking and the ball and then to attack the ball and to get to it before my opponent, I am totally mystified by the way many players now mark at set pieces, such as corners.

I don’t know if the laws of the game have changed, but players seem to have the freedom to turn their back on where the ball is being delivered from, grab hold of opponents, in many cases, in moves that the old wrestler Big Daddy would have been proud of, throw them to the ground and still not be penalised by the referee. It makes a complete mockery of the rules of the game, spoils it from the fans point of view and very often takes away the advantage the attacking team have from the corner or free kick.

Imagine if this was allowed to happen anywhere else on the pitch in general play. It would be one way to stop Kane, Ali and Vardy. Just grab hold of them when the ball is no where near and throw them to the ground. That would nullify their  great movement and pace. Of course that can’t happen, so why is allowed to happen from corners and free kicks?

There is a simple solution. From the start of next season, there should be an edict from the football authorities that says any team that does this in a game will be punished under the laws of the game by a penalty being awarded for a foul. Because, make no mistake that is what is being committed.  A foul in the penalty area. A penalty. Let’s see how long it takes for it to stop then!!