Keeping possession of the ball is all well and good, but at some point players have to look to be positive, to hurt the opposition. To achieve this, they will have to look to play forward. This will require accurate, well timed and weighted forward passing and runners to make well timed and positive forward runs. This technical practice is designed to improve forward passing for forward runs. 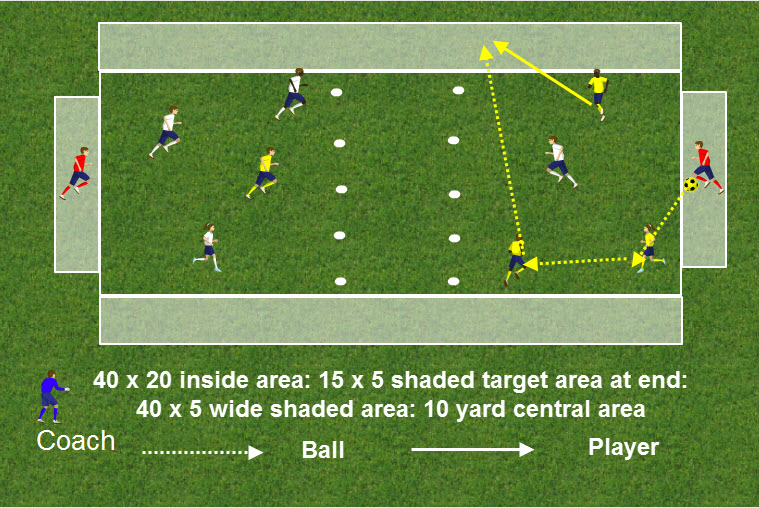 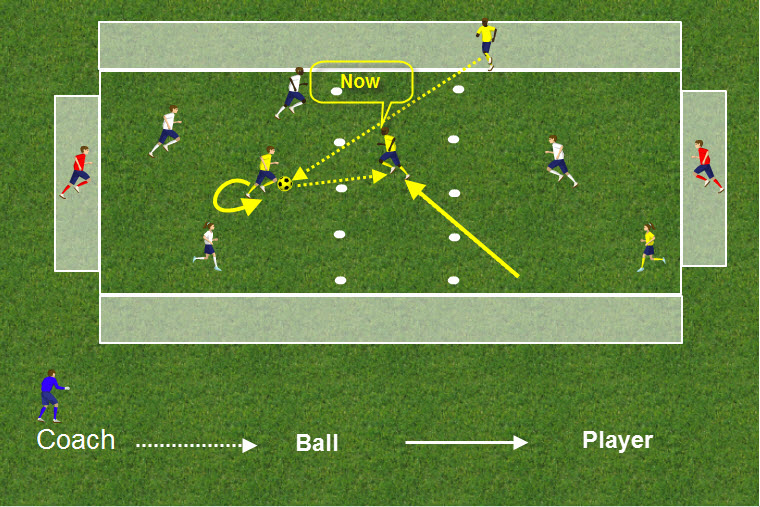 PASS TO TARGET PLAYER AND RE ORGANISE 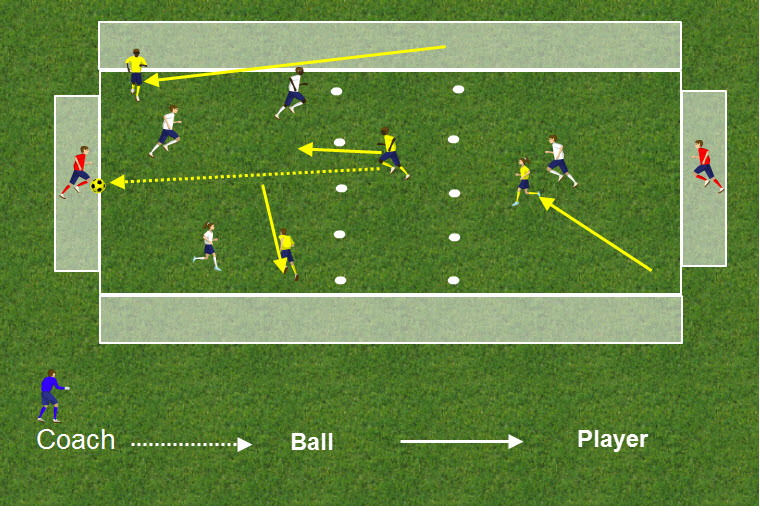 DEVELOP PLAY FROM THE TARGET PLAYER 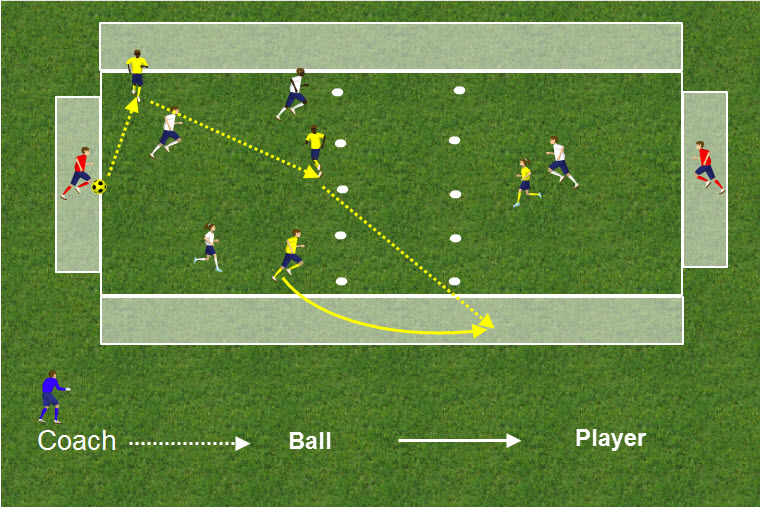 To see how the practice develops and evolves, download the: