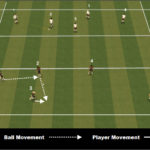 A really simple, enjoyable and fun session to improve players defending and pass and move skills. 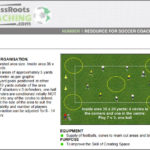 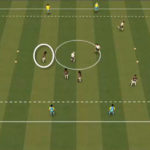 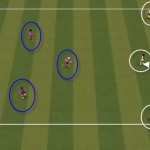 Switch goals shooting and finishing game. A really fun and exciting game, where the attacking team have a choice of two goals to score in. If the defending team defend one goal, switch play and attack the other goal. If the defending team win the ball they can counter attack and score by passing into either of the two smaller goals. Play lots of games and rotate players often. 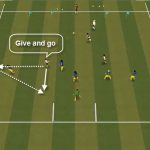 UEFA Technical game - create attacking overloads. This session is from the series of functional games, designed to isolate and improve units within the team. In this functional game we focus on developing and improving attacking central play. 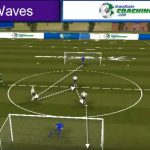 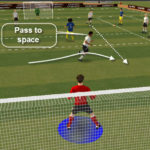 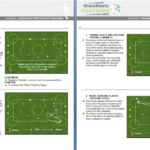