FA Level 2 game on creating space. The series on the FA level 2 on coaching creating space now moves onto how to coach creating space in a small sided game.  The key coaching priority is to ensure that as soon as your team gain possession, the players quickly spread out, wide and long, to create space as a team and to make the pitch as big as possible. 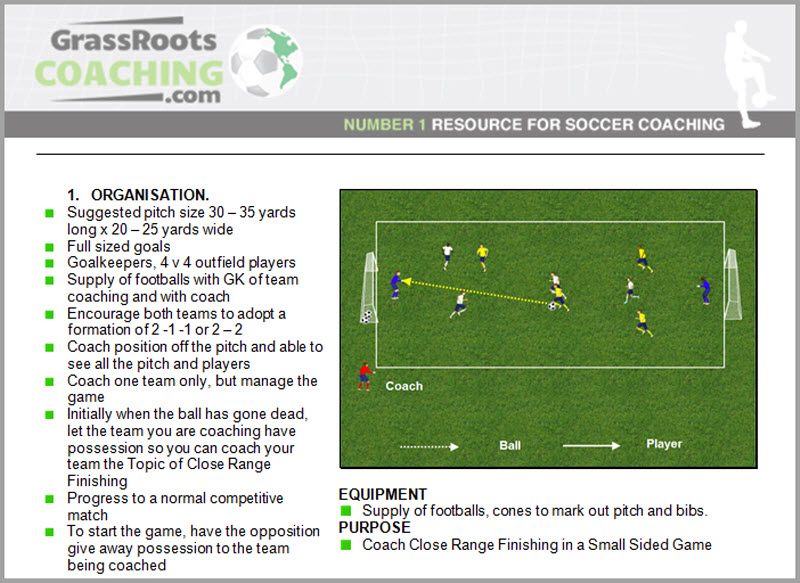