So what is in your Free Football Coaching e book of creating space?

A technique is a basic building block of football. For example the technique of creating space relates to the ability of players to time their movement so that they can create and find time and space on a football pitch. The more time and space a player has, the less pressure there is on them, which results in more time for the player to get their heads up and make good choices and decisions.

The more opportunities the player has to practice this technique in a game related practice, then the better the player will be at mastering these basic techniques of the game, which will improve the players confidence and the more chance they will have of improving as a player.

A technical session is unopposed so that the players can practice these techniques without the pressure of a defender or opposition player, which allows them time to focus and have time on mastering the technique.

But, players also need to be appropriately challenged in the practice. So in this session of The Technique of Creating Space, there are progressions that utilise the floating player, so that players have to react to find space when the floating player changes direction with the ball, There are progressions where players have to react to create space if one of their team create space with the ball and change direction and challenges which ask the players to think about clever movement to create space and when to stand still if they are already in space.

We have also included challenges. Players love the competitive element of the challenges. But that competitive factor of the challenge will also make players hurry their passing and movement as they strive to compete. As a result the quality of the passing will decrease as players lose composure and rush to make the passes as quickly as they can.

This allows the coach to help the players make decisions about the right time to create space, when to pass quickly, to pass first time and when to control and pass. As a result, the players’ performances through these challenges will improve.

The football coaching E book on the Technique of Creating Space 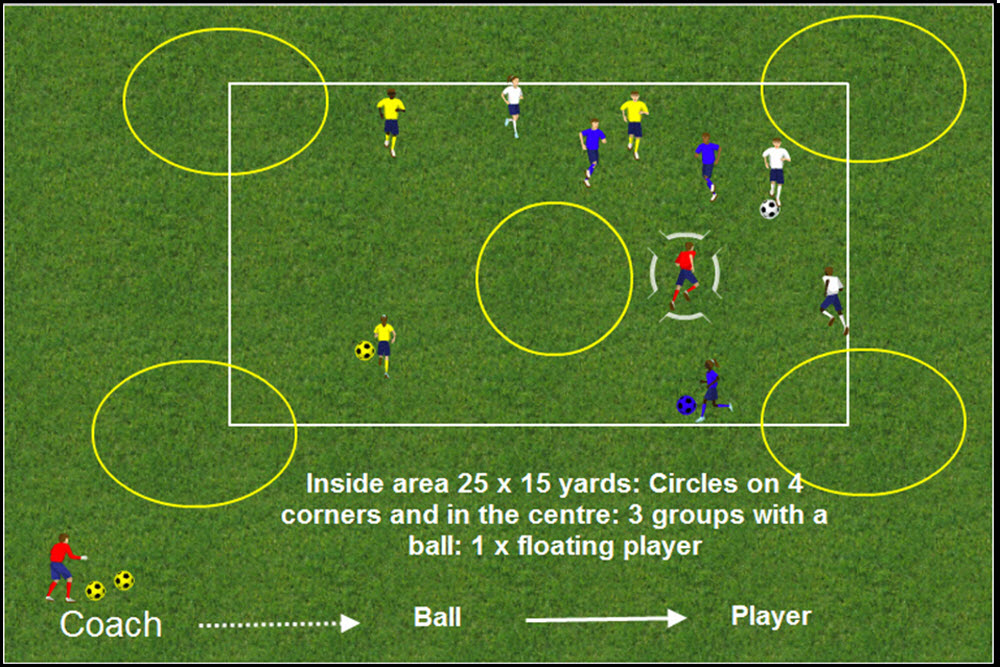 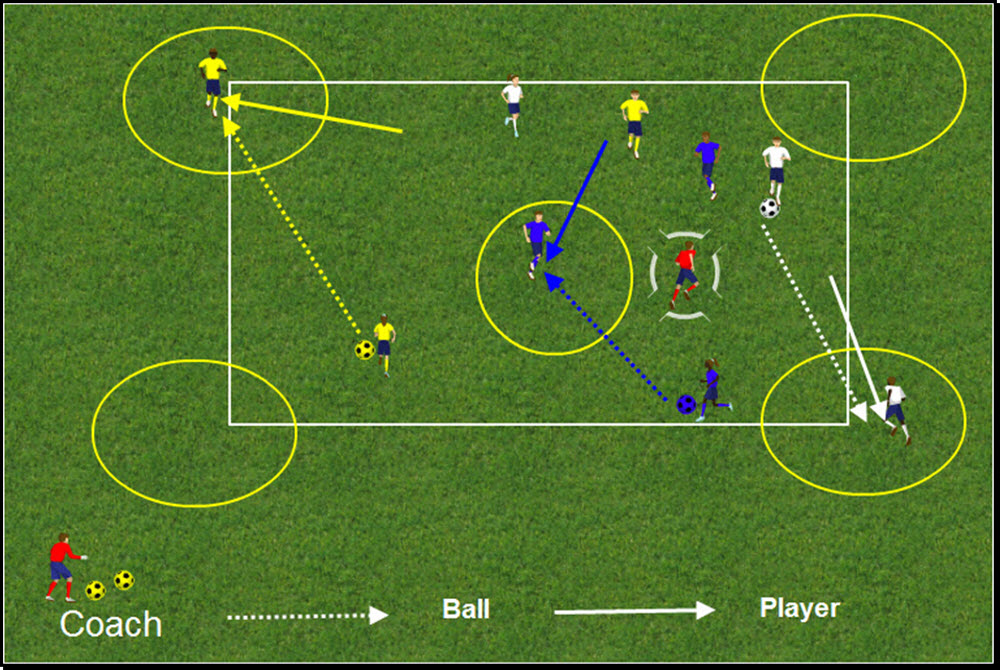 Free E Book on the Technique of Creating Space