In phase 2 of Gegenpressing made simple, we progress to a small sided game. Phase one was a structured game, in which the coach controlled and created Gegenpressing situations within the game – if you missed it go to  –  https://www.grassrootscoaching.com/gegenpressing-made-simple-grassroots-football-coaches-phase-2/

In this progression from phase 1, the game is allowed to flow and the coach is looking for the players to recognise and react to Gegenpressing situations that happen in the game.  They are looking for possession turnover situations and triggers, for example as Jurgen Klopp says “the best moment to win the ball is immediately after your team just lost it”

Play a small sided game of 5 v 5 to 9 v 9 on an appropriately sized pitch. 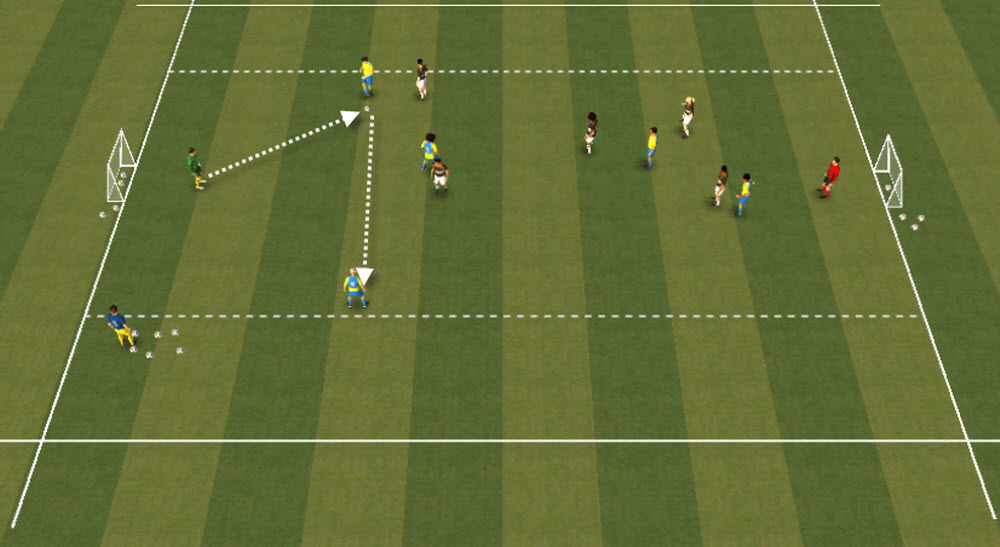 Teams play. Coach to look for one team to lose possession of the ball 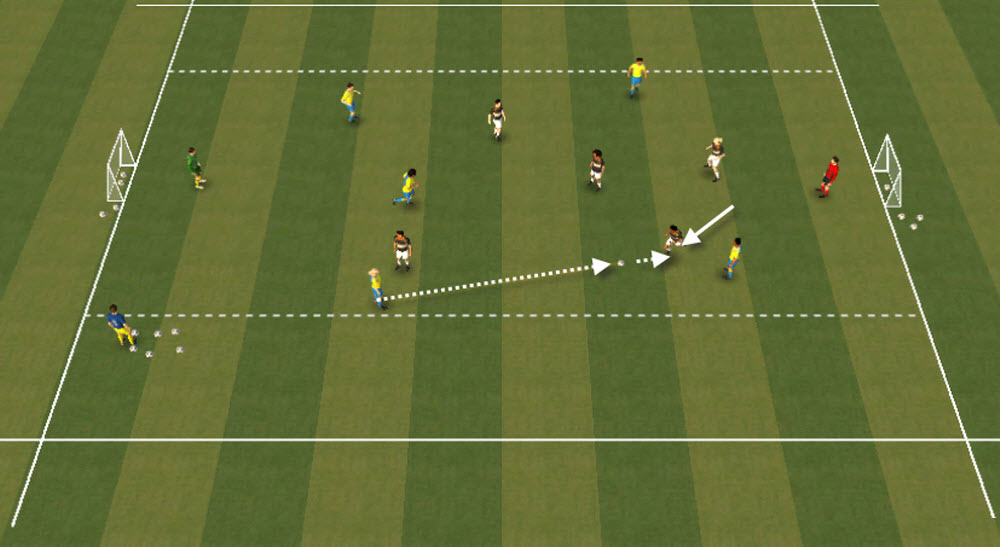 As soon as the ball is lost, can team immediately Gegenpress? 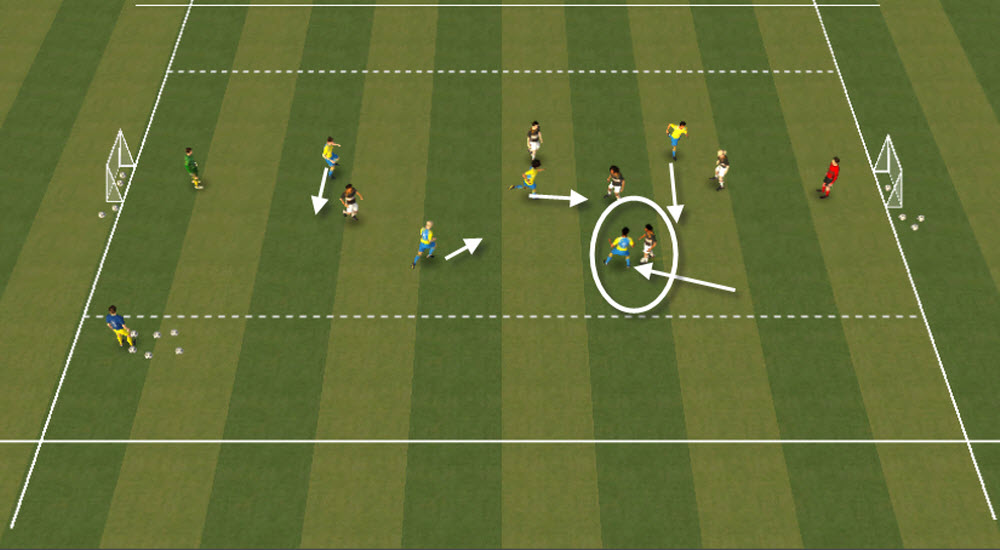 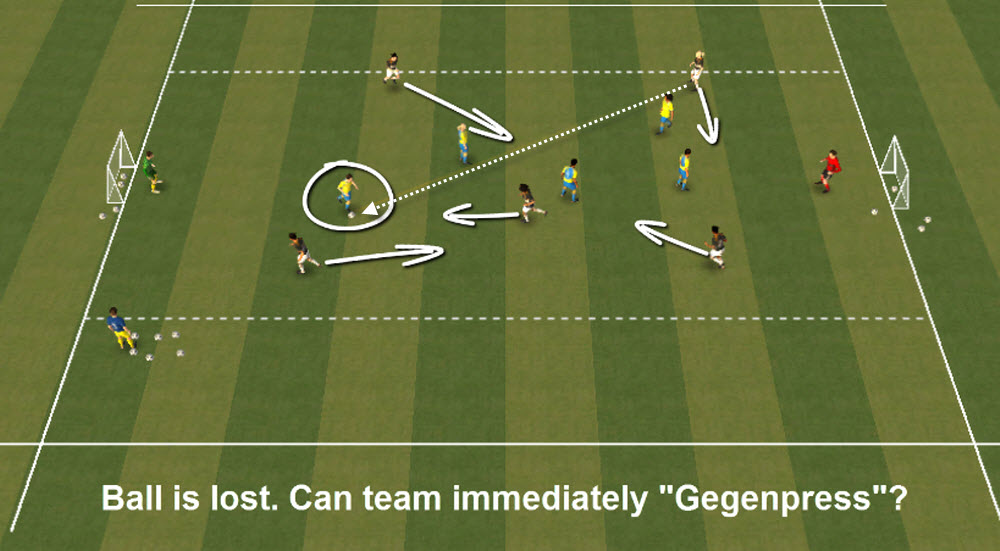 As soon as this trigger occurs, the coach is looking for the following to happen quickly:

If the ball is won back, can the team that have won it try and score.

If a mistake is forced and the ball goes out of play, play starts immediately from a GK or from the coach, so the game intensity is high.

This is physically a hard training game, so the coach could have 3 teams. 1 resting, 2 playing and rotate the teams often.