Improve the technique of turning with the ball

Improve the technique of turning with the ball. How does Harry Kane drop into space, turn with the ball and unleash a shot or a key pass? Why do players like Ces Fabregas seem to always play in their own space and have so much time on the ball?

A main reason is that they have great spatial awareness. They know before they receive the ball what is around them. They receive the ball with an open body position and they play with their heads up and they know where there is space. But this doesn’t happen by accident, they would have spent countless hours working on these skills in training.

To help you develop these same skills with your players we have put together a Clock Coaching session – one of a series on the site, which originated from my days coaching at Bournemouth Football club with Tony Pulis and Dave Williams.

The session is simple to organise and focuses on developing players spatial awareness, works on their pre movement prior to receiving the ball, their open body position and their ability to turn with the ball.

Because the session is intense and space is at a premium, the players have to really play with their heads up and develop this key spatial awareness. 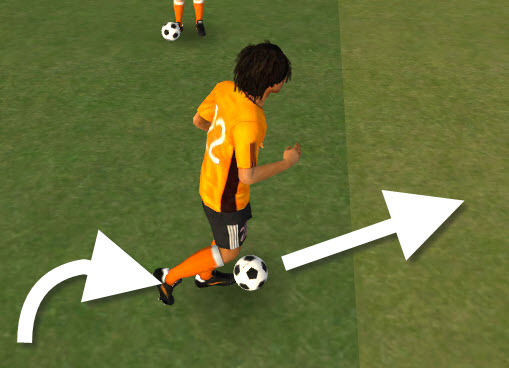 Key Coaching – Turning when in possession of the ball