Fourth in the series of progressive waves, shooting, pass, support and finishing games. In this game we look at switching play quickly and how the potential chaos of two teams playing in different directions at the same time, can be massively beneficial to the head up development and spatial awareness of players. 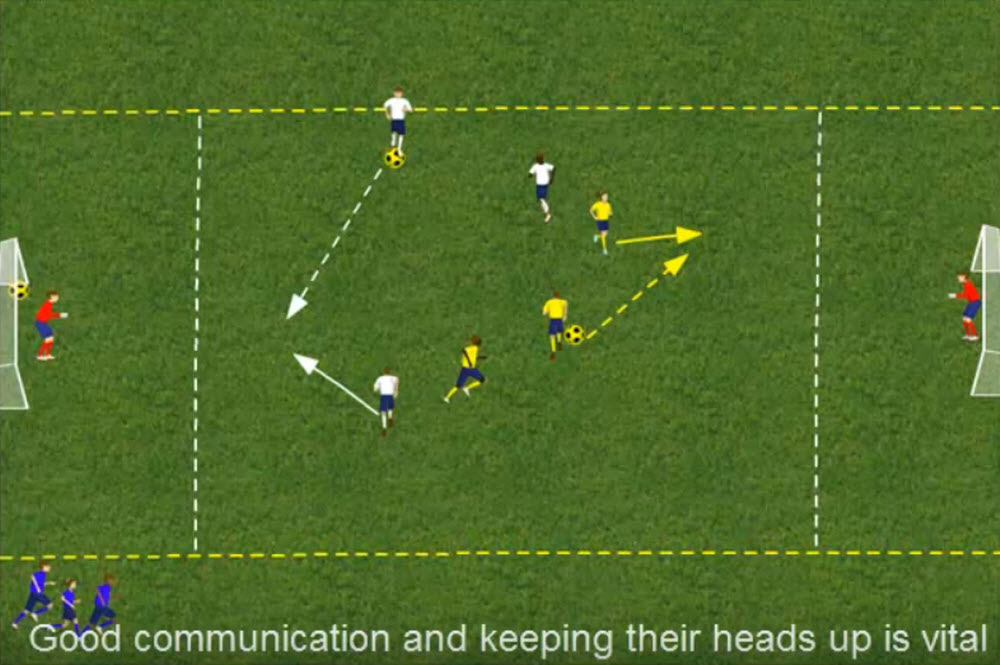 Both teams playing at the same time