UEFA B Coaching. This is a rotating football training drill which I have used on a UEFA B football coaching courses  and is designed to help midfield players develop their attacking football skills and combine with their strikers in the attacking third. The midfield have to work together for an agreed number of passes, before they can break out and look to combine with and support their forward and try and score. If the opposition win it, they can immediately break out and counter attack by playing through their midfield. 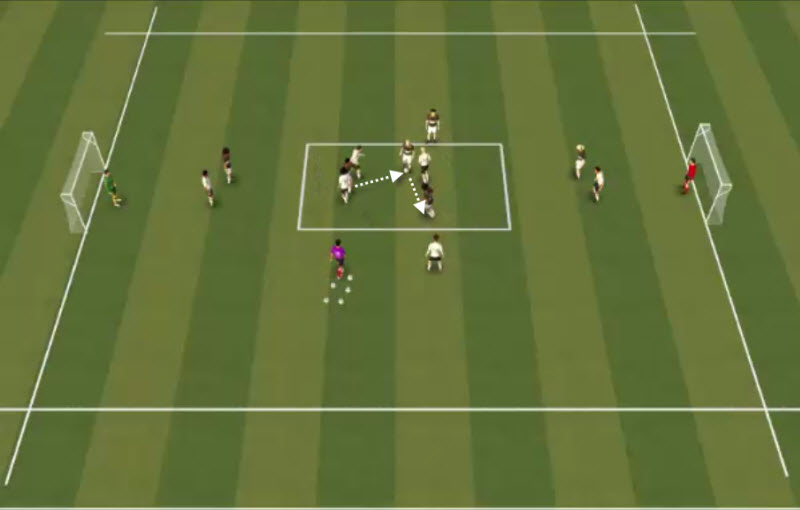 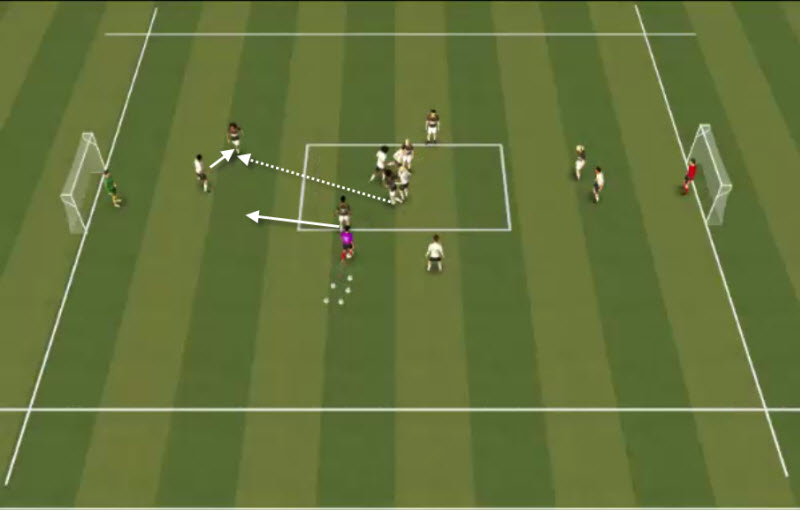 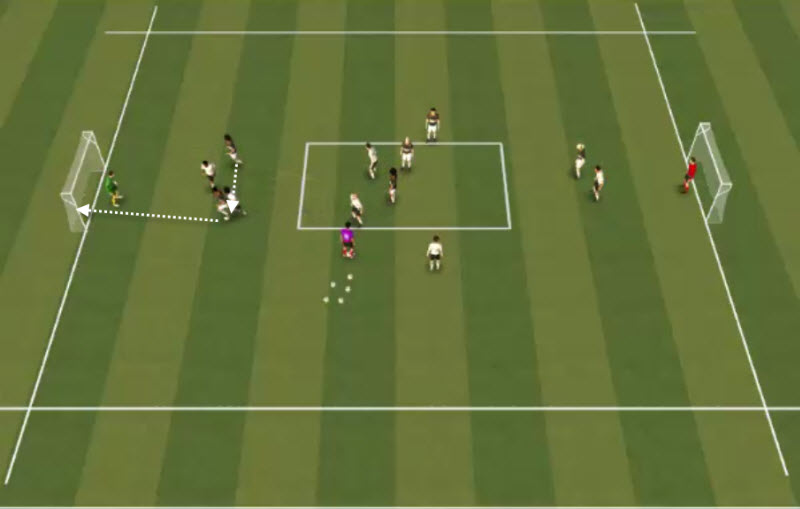